Foster: Isn’t it almost impossible to treat this subject dispassionately when you’ve had a history of black people being treated to racism. and part of the racism they face is essentially that they’re a lower form of human being, you see them a lot of the time comparing them to apes and monkeys.  So, when someone comes along and says where going to do this study [Race and IQ], you can understand this sense of anger… 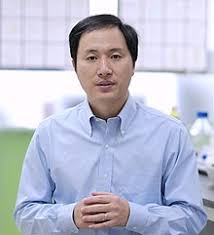 Noah Carl: Of course, some of the claims are just wrong, that they’re a lower form of humans, related to apes, than other races.  [Laughter].

Obviously there’s one species of Homo sapiens, divided into different populations, which some people believe is valid to refer to as races, and other people would prefer to use other terms… [Emphasis added]

The best argument against saying that this group has a lower IQ so let’s exploit it, well, let’s not try to ever find out if that’s true… better to argue against someone’s defective moral reasoning, than against their scientific reasoning, because in the future we may have very good evidence that gaps that we now observe, like  homogeneity between groups are to some extent genetic. I’m not saying that it is true, or will be shown to be true.  But it could be.

And if the research doesn’t get done in Western countries like the UK or US, it may get done elsewhere, in countries where researchers don’t feel so restricted. So, I think it’s a losing battle in the long run to imagine that we won’t find out the answers to these questions.

Of course, the answer may turn out that genes don’t make any contribution.  I think that’s somewhat unlikely.

Foster: [Chuckling] So, basically what you’re saying is the Chinese are going to do it next year.

Noah Carl: The Chinese may undertake research in this area that may be considered controversial.

2nd Photo is of geneticist He Jiankui, lead researcher on CRISPR babies.  He Jiankui has been criticized for genetics research which may lead to human variation.