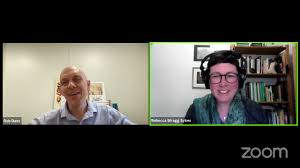 An article in the New York Times, October 2018, linked Europeans being proud of their Neanderthal heritage to “White Supremacy.”  The Times suggested White Nationalists were adopting archaic dietary habits, and beefing up with weight lifting, to get in touch with their inner “caveman.”

“White Supremacists are Chugging Milk and Why Geneticists are Alarmed” 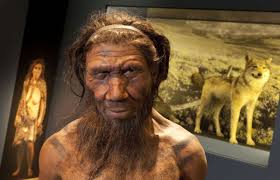 [Johannes] Krause said some white supremacists now use their Neanderthal ancestry to distinguish them from Africans, because earlier H. sapiens encountered Homo neanderthalensis only after moving out of Africa. “Somebody should tell them that the Chinese have more Neanderthal genes than Europeans, so in a way if they really argue that way, then Chinese people are some kind of super kind of race”, he quipped. “It’s clear that from a biological point of view, races don’t exist. They don’t make any sense because there’s more genetic diversity within each population than between populations”.

Note – We now know, much of that DNA previously identified as Neanderthal in East Asians, might actually be (northern) Denisovan or Denisovan-Neanderthal hybrid.  (Science Mag. Feb. 2020)

Rebecca Wragg Sykes has been garnering a great deal of media in recent months for her bestseller, 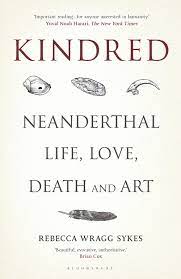 Neandertals are ancient humans who sometimes mated with early Homo sapiens in Europe and Asia — then went extinct around 40,000 years ago. Yet their genes live on in many of us.

If your ancestry traces back to populations outside sub-Saharan Africa, there’s a good chance that your genome includes contributions from Neanderthals. In Kindred: Neanderthal Life, Love, Death and Art,archaeologist and science writer Rebecca Wragg Sykes explains in splendidly engaging prose why this fact is cause for wonder and celebration.

“Using the word Neanderthal as an insult.  I don’t know when that started. But certainly it’s alive and kicking.  And people are quite happy to say that.  But I’m interested as to whether the same people who will use that word, actually use it in a dissociated way, from the Neanderthals. I think actually overall there’s a reasonable basic understanding that Neanderthals weren’t quite as stupid as we framed them to be for a long time… and yet that insult remains…

There is also another thing going on with the genetics in that people who are [Pause, gasp] essentially white nationalists who were for some time very keen to claim deep European ancestry, call themselves, well I’ve got so much hunter gatherer DNA in me and all of this.  Now they’re like, well, I’ve got loads of Neanderthal DNA, and Neanderthals were white. And ‘A’ No.  Neanderthals were not white. There’s various variation from what we understand in their skin color.  We believe that they weren’t very very dark skin.  But they weren’t super pale…”