Right-wing comes to the defense of atheist Richard Dawkins: Alarming his supporters

Richard Dawkins is considered one of the most famous atheists in the 20th and 21st Centuries. 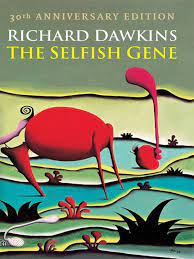 The American Humanist Association has decided to withdraw its 1996 “Humanist of the Year” award to the ethologist. Dawkins, the AHA claim, “is no longer deserving of being honoured by the AHA”. His crime? A tweet which asked about the difference between “transracial” people like the infamous activist Rachel Dolezal and transgendered individuals.

Dolezal, is the white woman from eastern Washington State who dressed up like a black women for over a decade and fooled everyone.  She even won an appointment to Chair of the Spokane Chapter of the NAACP.

Dawkins is getting support from some unlikely corners, notably libertarians and conservatives, normally considered to be fierce opponents of the award winning British socio-biologist.

Demonstrating adroitly that nobody is safe from our gladiatorial calvinball, the American Humanist Association has decided to retroactively cancel Richard Dawkins on the grounds that he is insufficiently devoted to the transgenderism’s creed.
Dawkins’s crime was to have suggested on Twitter that transgender people are not, in a scientific sense, members
of the sex with which they identify. 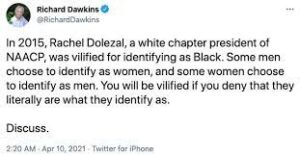 Robby Soave of Reason points out the hypocrisy of it all:

Perusing this page reveals something interesting: There are far more controversial past winners than Dawkins. The AHA gave Humanist of the Year awards to the author and activist Alice Walker—who promoted anti-Semitic conspiracy theories—and also to Margaret Sanger, the founder of Planned Parenthood who promoted eugenics and white supremacy. Sanger’s legacy is so complicated that her own organization is currently disowning her.

Absolutely scandalous and cowardly. @RichardDawkins is the Humanist of the Century. It is anyone’s guess why the @americnhumanist would succumb to the Woke mob. Regardless of their blatantly irrational decision, Dawkins will be celebrated as the true voice of reason that he is.

Right-leaning PJ Media had a colorful description of Steven Pinker’s objection to the AHA award revoction:

Pinker didn’t nail his letter to the ACA door on October 31, and it seems unlikely his protest will launch the creation of a new church… [But] Pinker… wrote that it would be “completely appropriate” for AHA to criticize Dawkins and to explain where the biologist went wrong, “but to seek to punish, dishonor, or humiliate a writer rather than engage with his words is a betrayal of humanism.” 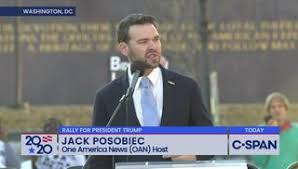 This prompted a respond from Human Events, Raheem Kassam:

“They turned on him when he wasn’t the destructive zealot they demanded.”

Kassam included a link to this article.

Richard Dawkins said he feared that if religion were abolished it would “give people a licence to do really bad things”. He said that security camera surveillance of customers in shops did appear to deter shoplifting, adding that people might feel free to do wrong without a “divine spy camera in the sky reading their every thought”.

“People may feel free to do bad things because they feel God is no longer watching them,” he told The Times…

Dawkins under fire before for controversial statements, including defense of Darwin

Of particular interest to readers of this site, Dawkins has come under fire for defending Charles Darwin.  Some noted anthropologists have labeled Darwin a racist in recent years, for his recognition of human variation.
See our article from June, 2020, Adam Rutherford criticizing Darwin and siding with those who want to remove his statue.

Dawkins Tweeted at the time, “How utterly ridiculours [to remove the statue].  the museum should contemptuously ignore this nonsense.”  The Tweet garnered 449 responses, mixed reactions.
0 LovesLove Racial Politics No Comments