In 2017, there was a spurt of interest in Charles Darwin’s alleged racism.  It emerged mostly over a book by AN Wilson, Oxford Research Fellow on Anthropology.  See the BBC interview with Wilson here.

Charles Darwin by AN Wilson review – how wrong can a biography be? 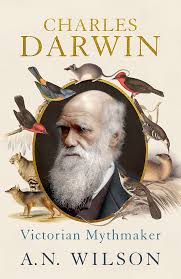 It turns out that Wilson has no evidence for this egregious slur. All he can muster is the whiskery argument that, because Darwin saw black and brown people (not to mention Jews, Slavs, Celts and anyone who didn’t come from his native belt of central England) as lesser, he was a proto-eugenicist. What he actually was, however, was an Englishman with the usual prejudices of his time. To blame Darwin for being racist is like accusing Freud of not being a feminist, which is to say both blindingly obvious and slightly beside the point.

“Here’s a statue of another white supremacist you can tear down: Charles Darwin.  A racist if ever there was one.  Literally”

Dr. Noah Carl, formerly of Oxford University, posed the question on June 10 on Twitter: “Will Darwin survive the purge?”

“It’s time for Charles Darwin to go including his statues.  He was a racist and believed Africans were inferior.”

Dr. Adam Rutherford, a far left anthropologist who we have covered extensively at this site, retorted to Noah: 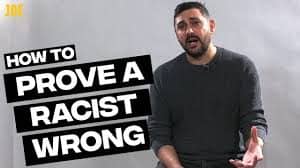 “You can recognize that though CD expressed sexist and racial aided views, that were typical of his era, FG, KP and FP expressed views that were extreme and exceptional for their time, and lead movements to promote those views?”

Note – FG refers to Francis Galton.  (Not sure why Rutherford would end with a ? mark in that sentence?)

An on-line women’s magazine Bustle, that claims to have over 50 million monthly readers, is already floating the idea of removing Darwin’s statues and replacing them with a black anthropologist.

A key figure in 19th century scientific research, Edmonstone was born into slavery and learnt taxidermy upon gaining freedom – he went on to lecture at Edinburgh University where he taught Charles Darwin.

non-Black Brits must pause to remember where the country currently stands. In the time since Britain erected a memorial glorifying a man who made his fortune from the oppression of Black people, Black communities and individuals have continued to face extreme racial discrimination, anti-Blackness, and systemic racism reinforced daily by those wielding power in the UK…