Molly Selba – “We’re a very diverse group, and those things are not to be afraid of” 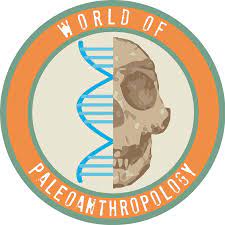 Molly Selba is a Archaeology/Anthropology graduate of John Hopkins Univ. She is currently a PhD student at the University of Florida in Biological Anthropology.

From her bio, DeLeon Lab:

My research interests include comparative anatomy, cranial morphology, and anatomical sciences education. I am most interested in how cranial morphology varies within and between species and how it is impacted by factors such as evolution and breeding practices. In my free time I enjoy doing science communication on behalf of the Human Evolution Teaching Materials Project and the Thompson Earth Systems Institute.

On April 15, Selba was a guest on Seth Chagi’s YouTube show “World of Paleo-anthropology.”  Chagi has had on a number of distinguished guests in recent months including Dr. Lee Berger discover of Homo naledi, Dr. John Hawks, and most recently human anatomy expert and author Jeremy DeSilva of the Univ. of New Hampshire.

Agustin Fuentes took up most of the time on Chagi’s show.

See our article on Fuentes from March 1,

During that episode of Chagi’s show, as we noted, Fuentes endorsed race realism: 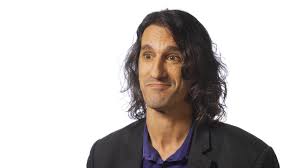 “I think, probably, there might be an argument for subspecies, sort of different biological lineages.  But I think Homo sapiens is really incredible.”

On this appearance, Fuentes repeatedly attacked Charles Darwin and other 19th century anthropologists as “racists” and “misogynists.”

After agreeing with Agustin Fuentes, Selba chimed in on the “horrors of white supremacy” and the “atrocities of colonialism.”

“And part of being an Anthropologist is reflecting on the very problematic history of our own discipline.  Anthroplogy has been used to back phrenology and eugenics and all these that we’ve had to, you know, done work to come to terms with the fact that this field was used in ways that hurt many people.”

However, at the end of the show, Selba seemingly contradicted herself, advocating for the very race realism that she and Fuentes earlier criticized.

“We are super different…”

“I think even to bring our biological differences beyond sex into it.  Echoing what I said earlier.  Having a very good appreciation for the variation within our species.  We’re a very diverse group, and those are not things to be afraid of, and not try to force things, ya know to be a biological construct.  Human variation has as you’ve said, been very successful for us. But as you said, is part of the real beauty and the exciting part of being a Homo sapien on this planet, is that we are super different. And that is something to be celebrated.”

Selba then goes on to a discussion of her preferred topic, gender differences.