Neanderthals – Seafaring Hominid species as far back as 200,000 years ago?

Could the Neanderthals really have been the first sailors?

We already have proof they made twine or string, maybe even material, swam/dove for seafood and had distinct burial rituals and art. 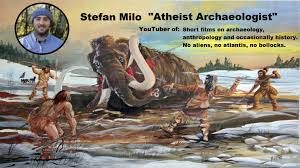 Madjedbebe [archaeological site, Australia] is the oldest evidence we have of Homo sapiens using boats and traveling on the water.  But the key word there is Homo sapiens. Back on the Island of Crete, archaeologists have discovered hand tools, hand axes, things like this that are associated with our species.  The only problem is they are dated, at the oldest, to 110,000 years ago.  There is only one species in Europe, at that time, who could’ve made those tools.  It’s our old friends, Homo neanderthalensis. Our chubby, squat, muscly, Homind cousins.

There’s growing evidence they were capable of producing boats. Not just from Crete but from other Greek islands, maybe even the south of Spain, as well…  It is entirely possibly that they [Neanderthals] sailed across the Mediterranean, which would dramatically change our understanding of Neanderthals and how clever they were.

Neanderthals and other extinct human lineages might have been ancient mariners, venturing to the Mediterranean islands thousands of years earlier than previously thought.

This prehistoric seafaring could shed light on the mental capabilities of these lost relatives of modern humans, researchers say.

“On a lot of Mediterranean islands, you have these amazing remains from classical antiquity to study, so for many years people didn’t even look for older sites,” said archaeologist Alan Simmons at the University of Nevada at Las Vegas.

stone artifacts on the southern Ionian Islands hint at human sites there as early as 110,000 years ago. Investigators have also recovered quartz hand-axs, three-sided picks and stone cleavers from Crete that may date back about 170,000 years ago… The exceedingly old age of these artifacts suggests the seafarers who made them might not even been modern humans, who originated between 100,000 and 200,000 years ago. Instead, they might have been Neanderthals or perhaps even Homo erectus.  [Emphasis added]

Recently, some anthropologists have claimed later populations to be the first to take to the seas.

Nan Madol, the far reach of the first seafarers 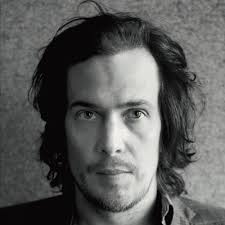 Micronesia, where Nan Madol was eventually built, started to be settled by the ancient Austronesians over four thousand years ago. It was these people who are thought to be the first humans to invent sea vessels… Austronesians’ outrigger canoes and catamarans allowed them to spread out across the Pacific, exploring and settling new lands. Prior to the 16th century European Age of Discovery, Austronesians were the most widespread ethnolinguistic group, spanning half the planet.

But the evidence from Crete and archaeological digs of Neanderthal sites, suggest they were the first.

While Austronesians were revolutionary sailors and probably first long range sailors, they were by no means inventors of the first sea-faring vessels.  Australia itself was settled by boaters ca 50k years ago.  Neanderthals sailed we now know.

This is not really contested science.  Nothing controversial about it. [HumanProgress.org] should redo this article honoring the achievements and progress of the Austronesian sailors but without the wrong facts.