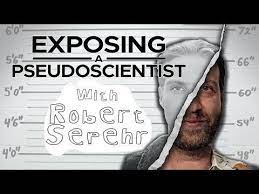 Gutsick Gibbon, her real name Erika, has the 2nd most popular paleo-anthropology channel on YouTube.  In comparison, History with Kayleigh, who is often highlighted here at Subspecieist.com, is a close second, with approximately 10,000 views an episode. Seth Chagi, World of Paleoanthropology often gets big name guests, like Chris Stringer, Lee Berger, John Hawks and Marina Elliott.  But he lags far behind, with 200 some views each episode.

Her very latest video is titled, “Robert Sepehr is a Grifter.”  It was released August 31.  It is 1:30 hours long.

In the video she tears into dissident anthropologist Robert Sepehr in a number of areas.  From her intro:

I wanted my last video, titled Robert Sepehr is a bad anthropologist, to be kind of the last word that I said on him, because he’s kind of a goon, and I don’t really want to waste anymore time on the guy, but then, his fans brigaded my channel, which was of course, was very funny and gave me the opportunity to read some of these bonkers comments… [they] called me a jealous, SJW woman, who is Jewish.

She goes on to question his credentials, and then makes a shocking retraction.  Erika admits she was wrong in her previous videos, that Sepehr does indeed have an anthropology degree from University of California-Northridge.

Note – Sepehr’s YouTube channel has 75,000 subscribers.  He regularly gets 100s of 1,000s of views.  One of his recent videos on RH Negative Blood types in European populations, garnered an astonishing 2.3 million views.

At the 45 minute mark, Erika brings up archaic Hominin DNA admixture in modern humans.  She then allows for an extended Sepehr clip:

The reason is because of after hybridization in Europe, Hybridized Europeans entered into Africa, and interbreed with an archaic ghost species.  Which got it’s name because it’s only been detected genetically in the DNA of people from Sub-saharan Africa, and is not yet been identified in the fossil record.  So modern Africans are a hybrid race of the ghost species, which I suspect is Homo erectus, or another very archaic Hominin and Europeans who had already interbreed with Neanderthals. In other words, there absolutely and conclusively was no Out of Africa in the sense of Sub-saharan Africans leaving Africa and magically mutating into Asians and then Caucasians.

This obsolete hypothesis will go down in history as a bigger fraud than the Piltdown man.

“And Asian peoples have Denisovan DNA. Up to 12%” — Erika

Okay, that was a lot of information… so let’s break it down for him yet again…

The majority of modern humans have the DNA of other hominins in their genomes.  As Robert correctly pointed out, and I noticed because it’s oh so rare.  Generally European people have Neanderthal DNA.  1 to 5%.  And Asian peoples have Denisovan DNA.  Up to 12%.  [Emphasis added] 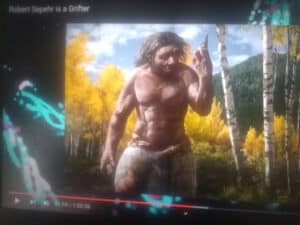 Note: Erika uses a graph of Dragon Man, Homo longi to represent Denisovans.  But Homo longi’s connection to Denisovans is not yet determined.  Although their geographic ranges in eastern China is similar.

Robert notes that Africans have up to 19% of a ghost hominim in their own DNA.  He also proposes that this DNA came from something he deems superarchaic, like Homo erectus.  Finally, Robert suggests that each race is a hybrid, and implies, and implies that the African hybrid with the ghost lineage is the most primitive.

Erika then cites the paper that Sepehr is referring too.  That is of course, the Durvasula/Sankararaman UCLA Genetics team paper often citied here at Subspeciest, released January of 2020. 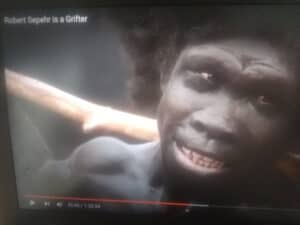 In the genomes of these folks they detected non-Homo sapiens DNA and decided to compare it to the Denisovans and Homo neanderthalensis.  Genomes that we already have.   And they found that this new DNA matched neither of them.  It’s from a different Hominin…  because we have no fossils of this mysterious lineage we call it a ghost lineage.

Now the percentage average for these people as about 6.6% for the Yoruba and 7% for the Mende.  This is noticeably lower than the percentage of Denisovan DNA for some folks of Asian decent.  [Emphasis added]

But Robert leaves this out, doesn’t he, opting to use the highest limit of 19% as his only number…

Note – The highest percentage of Denisovan DNA recorded in modern Asians and Melanesians is in the Ayta Magbukon of the Philippines.  We have covered the Ayta Magbukon extensively here at Subspeciest.   They received a great deal of international media attention in 2021.  See our article from August 2021, Excerpt,

The 6% figure in Papuans cited by Schuster comes from a paper released in 2010 which included three leading geneticists Svante Pääbo, Johannes Krause and David Reich, “Genetic history of an archaic hominin group from Denisova Cave in Siberia.”

This individual is from a group that shares a common origin with Neanderthals. This population was not involved in the putative gene flow from Neanderthals into Eurasians; however, the data suggest that it contributed 4–6% of its genetic material to the genomes of present-day Melanesians. We designate this hominin population ‘Denisovans’ and suggest that it may have been widespread in Asia during the Late Pleistocene epoch.