Razib Khan corrects the record: Septimius is of Italian ethnicity 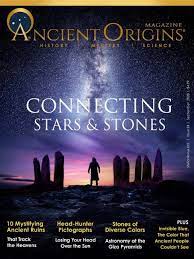 One of the world’s leading geneticists, Razib Khan, is challenging anthropology/archaeology magazine Ancient Origins on their description of a well-known Roman Cesar as Afro-ethnic.

Ancient Origins is a media website/magazine that features articles on archaeology, astronomy and other sciences.  The site prides itself in presenting an alternative, even edgie point of view.  They describe themselves:

Ancient Orgins got taken to task by multiple Twitter users on Tuesday, May 24 for stating that well-known historical figure, Roman emperor Septimius Severus was black.  From their Tweet: “the Libyan-born Septimius Severus became the first African Emperor of #Rome…”

Reactions were swift and sharply critical. Over 3/4ths of the Tweets were negative towards Ancient Origins. A sampling of reactions:

He was NOT an “African Emperor”. As the features of the statue in the photograph (small nose-width, long wavy hair), and a surviving fresco clearly show, Septimius Severus was the GOVERNOR of Africa….which does NOT mean he was, himself, African. Stop this cultural appropriation. — Edward Fitzgibbons

Septimius Severus wasn’t African, no connection to SubSaharans. Phoenician-Roman, that is, Mediterranean-Nordic. There weren’t any African Roman Emperors. — Maxinow

He was not African he was Phoenician — Don D

Michael Schofield, a self-described Objectivist/Classicist with a Masters Degree in History remarked: 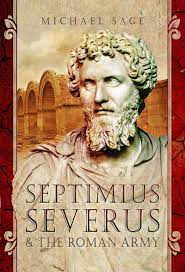 Don’t analyse and state things about the past according to modern geographical line-drawing and even most modern ideas of ethics. They lived different lives in most respects. You’ll be doomed to analysis as flawed and limited as this otherwise.

[Born] 146, Leptis Magna, Tripolitania [now in Libya]—died Feb. 4, 211… The son of an equestrian from the Roman colony of Leptis Magna… he declared himself the adoptive son of the emperor Marcus Aurelius (ruled 161–180) and claimed descent from the emperor Nerva (ruled 96–98).

The Septimii were of Punic origin, his mother’s family (Fulvii) of Italian descent. His equestrian grandfather, probably identical with the poet Statius’ friend Septimius Severus, was the leading figure at Lepcis Magna under Trajan…

“Calling Septimius Severus “a black Cesar is like calling Saddam Hussein a black Kennedy…  well because Hussein was an Arab and he was a leader of his country… there is no logic here.”

History Myths & Myths Conceptions gives describes the controversy and corrects the record in a YouTube video with 677,000 views, “Myth: Septimius Severus was the First “Black Emperor”.”

“This is just ugly on many levels. And it does no favor to anyone or anything.  It has nothing to do with the history of Rome.  And it can be considered a bit insulting for the actual black people.  The whole thing about the Black Emperor probably comes from the fact that Septimius Severus was from Africa.  And to be precise he was not only from the continent of Africa, but from a Roman province called Africa.  He was born in the city of Leptis Magna, on the present day territory of Libya.  Not far from the capital of Tripoli, a Phoenician colony. 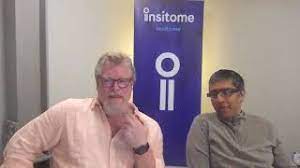 If you really really want to simplify things and speak in modern terms Septimius Severus was something like an ancient Arab.  His skin pigmentation was slightly dark [but]… calling him a black Cesar is like calling Saddam Hussein a black Kennedy, well because Hussein was an Arab and he was a leader of his country.  That’s just… there is no logic here.”

Razib Khan (Substack) is a Bangladeshi-American who lives in Austin, Texas.  He is well-known to readers of this site, mainly as a friend and longtime business partner of geneticist and PBS anthropology/genetics star Spencer Wells. Razib describes his politics as center-right.

According to Razib’s bio:

I do genetics. I write. More broadly, I am a public intellectual without a portfolio. I have opinions on a wide range of topics. I currently work at Insitome and consult for an array of private sector clients. I have written for publications that include The New York Times, City Journal, India Today, National Review, Slate, Unherd, Quillette & The Guardian, on a broad range of topics.

Razib spelled it out for Ancient Origins in a Tweet, May 24:

just an FYI (he wasn't even indigenous berber) https://t.co/1O82KCpQ2B