Biden? “So easy, a caveman could do it” is the witty slogan… of a company… The humorous catch to the commercial was the brutish-looking, yet endearing, Neanderthals living among us who found the slogan stereotyping them as dimwits to be “not cool” or “hurtful.” —  ICR.org, Randy J. Guliuzza, M.D, 2016 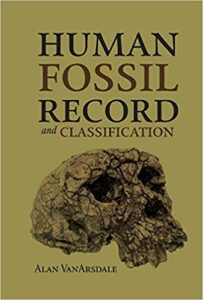 Biden makes a racist remark? President Biden has offended Neandertals and their extant progeny with his remark.  We cannot expect he would be current in thinking about extant human ancient kin groups.

“The last thing we need is Neanderthal thinking that in the meantime everything’s fine, take off your mask, forget it,” he added, saying there will be enough vaccines for all adults by May. “It still matters.”

More benign forms of racism are often cloaked in humor.  While it may seem fantastic to some, especially in the context of the well dis-proven hypothesis that extant humans of  Zero Neandertal heritage, many people today consider themselves to be of Neanderthal heritage.  Myself since 1980.

Higher Levels of Neanderthal Ancestry in East Asians than in Europeans

NEANDERTHALS were a group of archaic hominins that occupied large parts of Europe and West Asia from ∼30,000 to 300,000 years ago (KYA) (Stringer and Hublin 1999; Hublin 2009). Their disappearance in the fossil record often coincides with the first appearance of anatomically modern humans (AMH) in that region (Finlayson 2004). Where, when, and how often Neanderthals interbred with expanding AMH populations is still an open question.

A detailed analysis of a draft Neanderthal genome and five low-coverage (4×) human sequences estimated that Neanderthals made a 1–4% contribution to the gene pool of modern non-African populations.

Note – Alan Van Arsdale is co-moderator of the popular Facebook Group Into Africa Theory with anthropologist Bruce Fenton.  He has a BS from Oxnard City College and attended one year at UC-Berkely where he worked in the same lab as legendary Paleo-anthropologist and Don Johanson colleague Tim White.