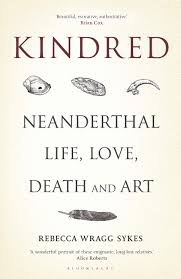 Neanderthal percentage in modern Europeans is estimated to be within the range of 1 to 2.5%.  Although, a number of paleontologists and geneticists put the percentage much higher at closer to 4, 5 and even 7.4%, (ref. and links Subspecieism Defined — Europeans).  Now comes solid confirmation that the species that we Homo sapiens introgressed with, had much more advanced auditory and linguistic abilities than previously imagined.

This analysis enabled the Spanish researchers to deduce which pitches each ear was best attuned to. The wider the frequency band that can be detected, the more acoustic signals can be contained within it, enabling the transmission of a distinguishable signal in a short interval. The results from this work is clear: the frequency bandwidth of modern human and Neandertal ears do not differ significantly.

The team published their research in Nature, in February,

Neanderthals and Homo sapiens had similar auditory and speech capacities 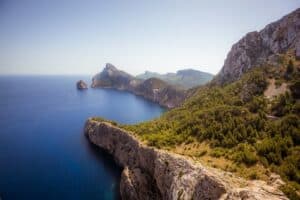 While the auditory capacities have been studied in early hominins and in the Middle Pleistocene [700k years ago to 100kya] Sima de los Huesos hominins, less is known about the hearing abilities of the Neanderthals. Here, we provide a detailed approach to their auditory capacities. Relying on computerized tomography scans and a comprehensive model from the field of auditory bioengineering, we have established sound power transmission through the outer and middle ear and calculated the occupied bandwidth in Neanderthals….

Our results show that the occupied bandwidth of Neanderthals was greater than the Sima de los Huesos hominins and similar to extant humans, implying that Neanderthals evolved the auditory capacities to support a vocal communication system as efficient as modern human speech.

A very key finding, as reported by sinembargo.mx,

The study suggests that the Neanderthals could hear, equal to us, the sounds of ‘T’, ‘K’ and ‘S’.  These are so-called high frequency consonants.  Notably, Chimpanzees are unable to hear these sounds.  Nor, humans with moderate hearing disabilities.

“Neanderthals were able to speak, although paleontological evidence was lacking until now”

Roberto Saez, another well-known archaeologist and paleontologist in Spain, writes on his blog,

¿De qué hablaban los neandertales? (What did the Neanderthals talk about?) 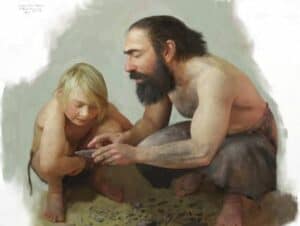 With this illustration from paleoartist Tom Björklund, a Neanderthal adult is transmitting to a young boy a certain knowledge about a lithic tool.  If we put ourselves in that scene, I’d say we could almost hear them, don’t you think?

Saez also speculates on how many different languages Neanderthals might have had.

As Jan Osterkamp of Scientific American further explains, the likely ancestors of modern Sub-Saharan Africans – Australopithecines, did not have a similar linguistic capacity as the Neanderthals.

In chimpanzees and various other human ancestors such as Australopithecus africanus and Paranthropus robustus, the inner ear is not designed to resolve the frequency band of language particularly well.