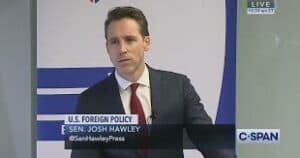 “Look, I hope everybody’s realized by now these masks make a difference,” Biden told reporters at the White House. “We are on the cusp of being able to fundamentally change the nature of this disease because of the way in which we’re able to get vaccines in people’s arms… The last thing, the last thing we need is Neanderthal thinking, that, ‘In the meantime, everything’s fine. Take off your mask. Forget it.’ It still matters.”

See full remarks on video via The Hill.

President Biden said allowing Mississippians to decide how to protect themselves is “neanderthal thinking.” Mississippians don’t need handlers. As numbers drop, they can assess their choices and listen to experts. I guess I just think we should trust Americans, not insult them.” — Mississippi Governor Tate Reeves

“Let me get this right… President @JoeBiden called millions of Americans ‘Neanderthals’?  Is that right?” 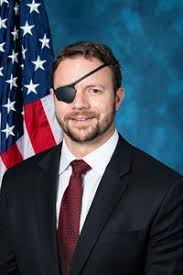 Joe Biden, our petty despot president, is on the record now opposing the openings of schools and businesses by Texas Governor Greg Abbott and Mississippi Governor Tate Reeves. The governors also ended the mask mandate…

The two Republican governors believe Americans can decide without Big Government telling them what to do.

Biden called the governors “neanderthals.” Fortunately for him, the two governors are white.

US Senator Josh Hawley, Republican of Missouri via Uproxx.com:

Brian Kilmeade led the interview by asking “is this Neanderthal thinking? Because I’m looking at a listing of the states without mask mandates, Missouri is one of them. Do you have archaic thinking?”

“What a uniter Joe Biden is,” Hawley sarcastically commented, which drew laughs from his hosts. “You know, this is Mr. Unity, and yet, if you disagree, with him you’re a Neanderthal.” [Emphasis added]

“If making data-driven decisions to reopen, loving freedom, and trying to get back to normal is what a Neanderthal would do, then well, I guess you can count me as one.”