Just released research strongly suggests that Europeans and Asians have an advantage over Sub-Saharan Africans when it comes to brain development.  These advantages are particularly apparent in brain networks and synapse proteins responsible for increased functional and spatial abilities. 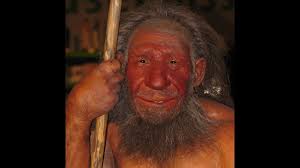 A new report published in ScienceMag, reads like something out of a Sci-Fi novel.  The team used “mini-brains” developed in a lab, to conduct tests on specific genes affecting brain function.

Or particular note to readers of this website, the lead researcher Dr. Muotri admits to various media that modern humans with substantial Neanderthal and Denisovan DNA, really do seem to have an edge.

From US taxpayer funded NPR, Feb. 12,

“It’s very exciting to be able to use our knowledge of archaic DNA to really explore what makes us who and what we are,” says Dr. Karen Berman, chief of the clinical and translational neuroscience branch at the National Institute of Mental Health… people with more Neanderthal genetic material tend to have skulls more like those of Neanderthals.

Berman was remarking on the research led by Brazilian neuro-scientist Alysson Muotri.  Prof. Muotri of UC-San Diego lab, (YouTube video on the brain), has used CRISPR technology to create the Neanderthal-Homo sapien “mini-brains” in order study the affects of specific genes related to brain function.

Muotri and a large team selected NOVA1 because it’s one of a relatively small group of genes that have changed significantly since Neanderthals and Denisovans roamed the Earth.

Neanderthal genes… are still present in many humans, especially those of European and East Asian ancestry… [Berman’s] own research has shown that people with more Neanderthal genetic material tend to have skulls more like those of Neanderthals.

Using genome-editing, scientists at the University of California were able to grow ‘mini-brains’ with the use of an archaic gene that once belonged to Neanderthals and Denisovans, but not Homo Sapiens.

“We asked what is unique about us? We ended up with only 61 protein-coding genes that are different between modern and archaic humans,” Muotri said.

One of those genes was NOVA1 — a gene used to develop the brain’s neurological activity… Scientists then used the CRISPR technology to swap the modern version of the gene for its archaic ancestor in stem cells and encourage the cells to grow into the organoids.

“Nearly all humans… have this version” of the gene, but not all – Muotri

However, this gene variant may not exist in all modern humans.  Lead researcher Muotri let’s slip to Nature that not all modern humans “have this version.”  As we have chronicled repeatedly here at Subspecieist.com over the years, Euros and Asians have up to 5 to 6% Neanderthal and/or Denisovan admixture, while Sub-S Afros have zero or near zero. 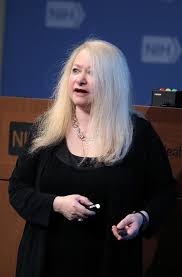 “The fact that all humans, or nearly all humans, now have this version and not the old one means it gave us a tremendous advantage at certain points during evolution. So the question we have now is, what are these advantages?” says Muotri. [Emphasis added]

For her part, Dr. Berman in an earlier paper released in July 2017 (nhib.nih.gov) confirmed the uniqueness of European brain morphology.

healthy individuals of European-descent, we show that the amount of Neanderthal-originating polymorphism carried in living humans is related to cranial and brain morphology.

Berman and her fellow researchers even zeroed in on the exact region of the brain and the specific area where Euros with heavy Neanderthal %s may have an advantage.

we demonstrate that a greater load of Neanderthal-derived genetic variants (higher “NeanderScore”) is associated with skull shapes resembling those of known Neanderthal cranial remains, particularly in occipital and parietal bones… localize[d] to the visual cortex and intraparietal sulcus.

Note – In layman’s terms, according to ScienceDirect.com – the intraparietal sulcus is a horizontal area of the side of the brain, most involved with “visual short-term memory… superior… object shape information” and  “attention-related processing.”