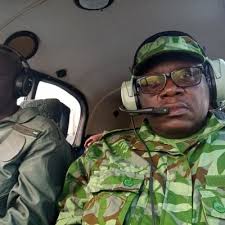 Mountain gorilla sanctuaries across Africa have been closed off to tourists in recent days.

Around 1,000 mountain gorillas live in protected areas in Congo, Uganda and Rwanda, for whom tourism is an important source of revenue. But COVID-19 has led to restrictive measures.

Paula Kahumbu, an internationally acclaimed conservationist and CEO of WildlifeDirect is quoted:

“We know that gorillas are very sensitive to human diseases,” she said. “If anyone has a cold or a flu they are not allowed to go and see the gorillas. With coronavirus having such a long time of no symptoms in some cases, it means that we could actually put those gorillas at risk.”

The Daily Monitor out of Uganda notes that Gabon has decided to close its Gorilla Sanctuaries and National Parks.  Gabon has had one case of Coronavirus.  And as noted by DM, during the Ebola epidemic in 1995, 90% of the gorilla population was wiped out.

“We have decided to close tourist activities for viewing the great apes in our parks to avoid any risk of transmissions between humans and the animals,” said Christian Tchemambela (photo) of the country’s National Agency for National Parks (ANPN).

“The respiratory viruses that affect humans are easily transmitted to great apes because the two species are so closely related,” he told AFP.

Chimpanzees, Bonobos share “about 99%” of their DNA with Humans — ScienceMag.org, 2005.  (The exact percentage appears to be 98.7%).  We split from our Chimp/Bonobo cousins “between 4 million and 7 million years ago in Africa.” (Very latest research seems to suggest 5.7 million kya).

What Makes Viruses Like COVID-19 Such a Risk for Human Beings? The Answer Goes Back Thousands of Years

What we often fail to recognize is that Homo sapiens serves as host to an unusual number of respiratory viruses. The sniffling, sneezing, coughing… Consider the disease pool of our closest primate relative, the chimpanzee. Because of our genetic relatedness, humans and chimpanzees have similar immune systems.

The great Primatologist Jane Goodall worries Chimps might be in even greater danger than the Mountain Gorillas. She wrote on the Jane Goodall Institute blog, March 16: 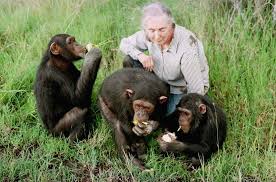 As chimpanzees and humans are so closely related (we share 98.6% of our DNA), we can easily transfer viruses of this kind. Beyond the threat of wildlife trafficking, we must also be aware that inappropriate handling, proximity and the illegal pet trade also put humans and great apes at risk of disease transmission.

Chimpanzee refugees in Africa, Europe and the United States are taking precautions.

WKRG 5 News, reports “Chimpanzee Sanctuary takes steps to protect animals from COVID-19.  One sanctuary near Olympia, Washington is taking drastic measures. They are separating staff from the Chimps as much as possible, “and donned personal protective gear to avoid infecting the primates.”

WHBL.com quotes the Director of the Chimpanzee Sanctuary Diana Goodrich:

“We don’t know if the COVID-19 is transmittable to chimpanzees, but we have to assume it is.”

Chimp Refugees and Zoos in Louisiana, Ohio and Oregon are implementing similar measures.

There will always be new diseases like COVID-19 emerging, and potential pandemics, so long as wildlife poaching, international animal trade and illegal trafficking continue, along with ever-increasing human population growth and habitat encroachment…

If we fail to address issues of animal trade and trafficking and habitat encroachment, rich and poor alike will be subject to the indiscriminate justice of natural law until we all abide in greater harmony with other species and with each other.

Chimp Haven in Shreveport, Louisiana has had to cancel all their events.  They are making an appeal for donations.