Joshua Akey made the case in 2019, that Africans had Neanderthal DNA too

Svante Paabo just won the Nobel Peace Prize for leading a team of geneticists who discovered Neanderthal DNA in the human genome in 2010. 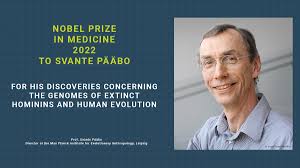 Swedish geneticist Svante Pääbo has won the Nobel Prize for medicine for pioneering the use of ancient DNA to unlock secrets about human evolution.

The Nobel Committee said Monday that Pääbo “accomplished something seemingly impossible” when he sequenced the first Neanderthal genome and revealed that Homo sapiens interbred with Neanderthals.

His discovery was made public in 2010, after Pääbo pioneered methods to extract, sequence and analyze ancient DNA from Neanderthal bones. Thanks to his work, scientists can compare Neanderthal genomes with the genetic records of humans living today.

In the years following the discovery, Pääbo and his colleagues, notably Johannes Krause, also of the Leipzig Institute, were exuberant over their discovery.  They gave lectures worldwide boasting of their discovery, from New England Ivy League universities to European conferences to lecture halls in Israel.  They explained in detail the lab techniques used to locate the archaic hominin DNA.

“Not everyone has a proportion of genetic make-up from Neanderthals. But some do.  It’s about 4%” — Richard Leakey 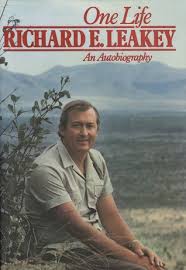 The Leipzig team was specific, the amount of DNA found in Eurasians was “1 to 2%.”  Other paleo-anthropologists and geneticists began to wonder if the percentage might be even higher.

There is much evidence to suggest that percentage could be higher than 1 to 2%. Archaeologist and British writer Peter Frost asserts, “Neanderthal admixture in present-day Eurasians is probably a bit higher than the estimated 1 to 4%.” (Unz.com 2017)
Konrad Lohse and Laurent Franz, in a research paper, 2014 published in Genetics NIH.gov: “reveals strong support for Neanderthal admixture…  at a higher rate… 3.4 to 7.3%”.
In a 2019 Simons Foundation lecture (10:10), famed Paleontologist Richard Leakey remarked, “It’s very clear.  Not everyone has a proportion of a genetic make-up from Neanderthal.  But some do. It’s about 4%.”
Also, troubling to some left-leaning anthropologists, it was very clear from the research, Africans did not have Neanderthal DNA.

As the WSJ described, 2014, [Pääbo] “found that Neanderthal DNA makes up 1% to 2% of the genome of many modern humans—except Africans, who have no Neanderthal contribution.”

Around this same time, a new political movement started to take shape in the United States – Alt Right. In Europe, particularly France, it became known as White Identitarian (Génération Identitaire).

this political movement aims to promote a European identity… the ethnic conception “focuses on how common religion, language, national traditions, ancestry and membership in a dominant ethnic of racial group are the bases for national membership”

Intellectual leaders in the pro-white movement, such as Jared Taylor, Richard Lynn, Edward Dutton and Steve Sailer, took note of the new findings by Pääbo and crew, and used it as evidence of the uniqueness and exceptionalism of ethnic Europeans.

We have learned a lot about ancient DNA by studying the remains of Neanderthals and a related archaic human group, the Denisovans. Denisovans interbred with humans up until about 30,000 years ago, which means there were probably populations of them as recently 15,000 years ago. Three to five percent of the DNA of Melanesians and Australian Aborigines is Denisovan, as is 7 to 8 percent of Papuan DNA. Europeans have 2 to 4 Neanderthal DNA but little or no Denisovan. Some Africans have a tiny amount of Neanderthal DNA, which they would have got from ancient migrations back into Africa.

Do-it-yourself genetic testing with 23andMe.com can be useful for discovering susceptibilities to genetic diseases and for research into ancestry. What no one anticipated was that it would be popular amongst white supremacists in the United States.

A Vice journalist, Elspeth Reeve, spoke to a number of white supremacists and alt-right trolls who are conducting conversations on the internet about their ancestry…

In an article for GeneWatch, published by the Council on Responsible Genetics, Keel noted “Just days after the discovery of the Neanderthal genome,” Stormfront commenters “claimed Neanderthal DNA was responsible for the ‘intellectual supremacy’ and ‘physical prowess’ of Europeans.”

From the NY Times,

Why White Supremacists Are Chugging Milk (and Why Geneticists Are Alarmed)

Already, some of those audiences are flaunting DNA ancestry test results indicating exclusively European heritage as though they were racial ID cards. They are celebrating traces of Neanderthal DNA not found in people with only African ancestry. And they are trading messages with the coded term “race realism,” which takes oxygen from the claim that the liberal scientific establishment has obscured the truth about biological racial differences.

Geneticists and academics in anthropology and paleo-genomics began to worry that Alt Right would utilize their findings to push pro-white narratives.  Continuing:

They also worry about how new tools that are allowing them to home in on the genetic basis of hot-button traits like intelligence will be misconstrued to fit racist ideologies.

In recent months, some scientists have spotted distortions of their own academic papers in far-right internet forums. Others have fielded confused queries about claims of white superiority wrapped in the jargon of human genetics.

Some geneticists and other academics sprung into action.  Sarah Tishkoff of the University of Pennsylvania, and Harvard University’s Joshua Akey set out to prove Africans had Neanderthal DNA too.

In a paper published today in the journal Cell, a team of Princeton researchers detailed a new computational method for detecting Neanderthal ancestry in the human genome. Their method, called IBDmix, enabled them for the first time to search for Neanderthal ancestry in African populations as well as non-African ones. The project was led by Joshua Akey, a professor in Princeton’s Lewis-Sigler Institute for Integrative Genomics (LSI).

“This is the first time we can detect the actual signal of Neanderthal ancestry in Africans,” said co-first author Lu Chen, a postdoctoral research associate in LSI. “And it surprisingly showed a higher level than we previously thought,” she said.

The media predictably latched onto the paper.  Confirming Neanderthal DNA in Africans, of course, runs counter to a major premise of race realists, biodiversity (HBD) advocates and others who recognize human variation and specialization.   Left-leaning Mainstream media, gleefully believed they had a gotcha moment embarrassing the right.

All modern humans have Neanderthal DNA, new research finds… We all likely have a bit of Neanderthal in our DNA — including Africans who had been thought to have no genetic link to our extinct human relative, a new study finds…

“Southern African populations…  those individuals were not available in the data we analyzed.” — Aaron Wolf 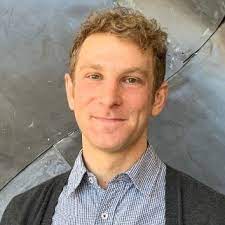 It is not known whether all African populations, some of whose roots stretch into the deep past, share this Neanderthal heritage. KhoeSan (bushmen) and Mbuti (central African pygmy) populations, for instance, appear to have split off from other groups more than 100,000 years ago.

Subspecieist.com located a Tweet from Wolf himself, admitting that the tests were limited. The Tweet was directed to a fellow paleo-geneticist W. Malcolm Byrnes.

[Aaron B. Wolf] We expect there was less back-flow in more isolated southern African populations, (ie g. San), but those individuals were not available in the data we analyzed.

This is further confirmed in Science.org, Jan. 30, 2020, that the team tested only “five African subpopulations” from the 1000 Genomes Project.  According to nih.gov, those five populations included only Western and East Coast Africa populations: Esan, Gambian, Mende, Luhya and Yoruba.

Most recently, Akey, like numerous other top geneticists and paleo-anthropologists were thrilled by Paabo’s winning the Nobel Peace Prize, which brought renewed attention to the science of paleo-genomics.

Our Homo sapiens ancestors shared the world with Neanderthals, Denisovans and other types of humans whose DNA lives on in our genes… 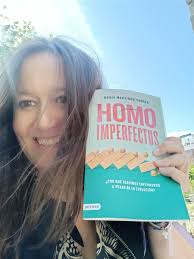 I was a graduate student when the Human Genome Project was nearing completion a little over two decades ago. I was drawn to genetics because I found it fascinating that, by analyzing the DNA of present-day individuals, you could learn aspects about a population’s history that occurred tens of thousands of years ago.

Today, I am just as fascinated by the stories contained in our DNA, and the work of Svante Pääbo and his colleagues has enabled these stories to be told in a way that simply was not possible before.

But in this same piece Akey appears to contradict himself.  He makes no mention of his greatest work, discovery of Neanderthal DNA in extant Africans.

For example, the Neanderthal genome provided the data necessary to definitively show that humans and Neanderthals mated. Non-African people alive today inherited about 2% of their genomes from Neanderthal ancestors, thanks to this kind of interbreeding.

As highlighted here at Subspecieist, some very recent archaeological finds are leading some famous paleo-anthropologists from Spain, including Prof. Maria Martinón-Torres of the Atapuerca Research Team, to rethink human origins in the critical time period of 500,000 to 700,000 years ago. New evidence is pointing to Homo antecessor or possibly Homo heidelbergensis as the last common ancestor with Neanderthals, with possible admixture events with Homo sapiens in the Levant.

Is Akey aware of this new research?