Out of southwest Asia replacing Out of Africa as the dominant theory? 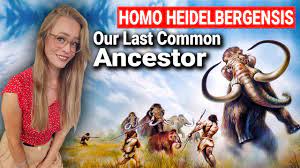 A new Out of southwest Asia may soon replace Recent Out of Africa.

Roberto Saez, is a friend and close colleague of Maria’s from Spain. They both work the Sima de los Huesos site at Atapuerca. Roberto’s blog is Nutcracker man (Zinjanthropus bosei).  It is in both English and Spanish.  He Tweeted out the original announcement of the release of the paper on August 8.

As highlighted in the Abstract, the main purpose of the paper is to give consideration to alternative theories to the widely accepted recent African lineage for modern Homo sapiens.  Recent Out of Africa (ROoA) has been losing steam in recent years with new fossil finds in Eurasia, particularly in the Levant (modern day Israel), and new dating methods for hominim fossils.

The opening from the Abstract at Quarterly International, Science Direct, Aug. 8, 2022,

The origin of the Homo sapiens lineage: When and where? 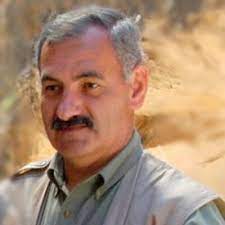 It is often assumed that both our species and the last common ancestor (LCA) of Neanderthals and modern humans originated in Africa, with all Eurasian Pleistocene populations expected to ultimately come from Africa. This paper aims to review the Middle Pleistocene fossil record of Africa

and Southwest Asia to reinforce the need to at least consider the possibility of a non-African origin for the “sapiens lineage” as a plausible hypothesis.

The paper fully acknowledges that the fossil record does indicate that many fossilized remains of early representatives of Homo sapiens were indeed on the African continent, such as Jebel Irhoud and Herto.  But at the same time the authors challenge the notion that the Last Common Ancestor (LCA) necessarily originated in Africa.

Homo antecessor from the late Middle Pleistocene is suggested as a possible candidate for the LCA.  Though, later in the paper Homo heidelbergensis is also mentioned.

The morphology of the LCA may be defined by a mosaic of features in the cranium and dentition which, so far, has not been found in the African record… We suggest… the need for further findings and studies, especially in Southwest Asia, which may be a critical region for studying the divergence of H. sapiens and H. neanderthalensis.

It is commonly accepted that modern humans diverged (split off) from our Neanderthal cousins between 550 and 765 ka (ka = years ago).  However, paleo-anthropologists do not agree where that divergence occurred.  Many are certain the split came in north Africa where the fossil record is rich.  Others are less sure.

Facial morphology becomes a critical factor in identifying the Homo sapien lineage.  The authors assert that the mid-region of the face was critical to the identification process.  Neanderthals had a protruding mid-facial region.  Homo sapiens remained flat.  This is consistent with recent fossil finds in China, both the Harbin cranium and the Dali specimen.

It is hypothesized that Homo antecessor 850 kya had flattened facial features and that Homo sapiens would have retained those features, while Neanderthals branched off.

Homo antecessor, Heidelbergensis or a hybrid of the two?

Chris Stringer of the London Natural History Museum, in a paper published at the Royal Society, 2016, simply titled, “The origin and evolution of Homo sapiens,” seemed to anticipate some of the findings of Bermudez and Martinón-Torres: 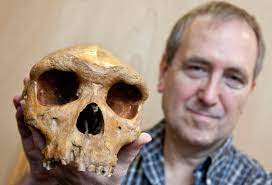 An alternative model has a much older proposed LCA for the neanderthalensis and sapiens lineages, based on the ‘modern’ maxillary conformation of the ATD6-69 H. antecessor face from Gran Dolina, Atapuerca, dated approximately 850 ka. Such a model would imply that this facial morphology was

retained in the descendant sapiens lineage, but was lost in that of the Neanderthals. New data are emerging that are relevant to these models concerning the ultimate ancestry of H. sapiens and H. neanderthalensis (and thus also of the Denisovans)… 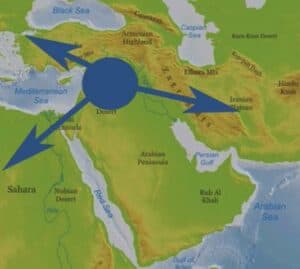 mtDNA indicates that the LCA lived approximately 400 ka, consistent with a heidelbergensis origin. However, as also discussed, the clear Neanderthal morphological and genetic affinities of the Sima fossils, now dated to at least 400 ka, suggest there was probably an evolutionary divergence well before that date…

Heidelbergensis or still to be discovered Ancestor X?

Aurélien Mounier from the Musée de l’Homme has received a great deal of media attention in recent months for his team’s re-dating of the Omo 1 hominin fossil to 230,000 years.  It was originally thought to be 195,000 years old.

Age of the oldest known Homo sapiens from eastern Africa

By dating the proximal deposits of this [volcanic] eruption, we obtain a new minimum age for the Omo fossils of 233 ± 22 kyr… Shifting the age of the oldest known Homo sapiens fossils in eastern Africa to before around 200 thousand years ago is consistent with independent evidence for greater antiquity of the modern human lineage.

As Bermudez and Martinon note Mournier has devised a new method for determining the LCA. 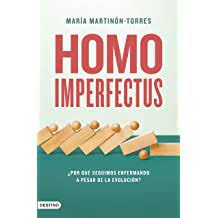 To estimate the virtual LCAs, they used two fossils of early Homo, four Neanderthals, and nine modern humans, including the Skhul V and Qafzeh 9 specimens. They obtained three virtual models based on chronological hypotheses and compared them with a large list of fossil Homo specimens dated from the Early Pleistocene to the present…

[They] conclude that their results agree with a LCA originating in Africa and coinciding with the morphology attributed by several authors to the Afro-European species H. heidelbergensis…

But as Bermudez and Martinon-Torres acknowledge, it could also be a sister species of Heidelbergensis with a differing mosaic of morphological features.  As they note Chris Stringer in his 2016 paper, “refers to this LCA as Ancestor X.”

Out of the Middle East?

Great to see more on this idea. We published a paper in Nature last year supporting this hypothesis, that has come together from ground-breaking research in both archaeology and proteomics in the past years.

And from Dr. Michael Petraglia another top paleo-anthroplogist to Maria Martinon-Torres:

May as well add ‘Arabia’. “We suggest that, in additional to further exploraton of the African record, the LCA should potentially be searched for in southwest Asia and in particular in the Levant”.

Note – History with Kayleigh did a YouTube episode on July 10 “Our Last Common Ancestor.”   Kayleigh, who is from the Netherlands, gives good background on where and when the first Heidelbergensis was found in Germany.

Note II – Maria Martinón-Torres’s new book is Homo Imperfectus.  No English version is available yet. But in Spanish, available at Amazon.