Pre-Clovis hypothesis gains as a Univ. of Texas archaeologist makes an amazing discovery on his own property in New Mexico! 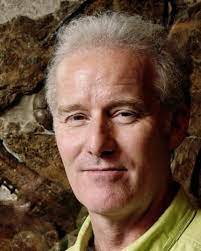 Pre-Clovis gains with a new discovery in New Mexico.

When did humans first arrive in North America? Evidence for early habitations of the North American continent has been expanding in the last decade, much earlier than the previously held assumption of Siberians crossing the Bering land bridge 13,000 years ago.

The Clovis First Theory is put to rest at Paisley Caves

The Clovis First hypothesis states that no humans existed in the Americas prior to Clovis, which dates from 13,000 years ago, and that the distinct Clovis lithic technology is the mother technology of all other stone artifact types later occurring in the New World.

This theory has been predominant since the first evidence of human presence in America was found in 1932 at the Clovis type locality in Blackwater Draw, just outside the village of Clovis in New Mexico.

37,000-year-old mammoth butchering site may be oldest evidence of humans in North America

It is now firmly established that the pre-Clovis people were the first humans to live in North America, and they can be reliably traced back to around 16,000 years ago, Justin Tackney, an anthropologist at the University of Kansas…

There are some indications from a site near San Diego, that suggest humans, possibly even Denisovans, may have been in North America as early as 130,000 years ago.  Archaeologists uncovered mammoth bones that appear to be unusually shaped, possibly into tools.  But critics have countered that the bones could have been shaped like that through natural means.

Slightly less controversial are rocks from a cave in Mexico that appear to have been shaped by human hands.  The rocks date to 30,000 years ago.

And as EurekaAlert reported, at a site in Oregon, 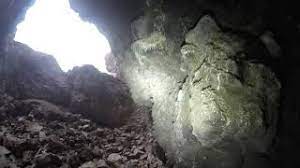 The evidence for a pre-13,000 year old non-Clovis culture in North America includes obsidian and chert artifacts known as Western Stemmed projectile points, and DNA-profiling of dried human excrement — more accurately known as coprolites. Both obsidian projectile points and coprolites were excavated from sediments in the Paisley Caves.

Previous investigations found that human coprolites in the caves predated the Clovis culture by over 1,000 years… [though] no Clovis-age stone tools had been found with the coprolites.

Finally, there are the Solutrean (post Gravettian) sites on the East Coast of North America. Solutrean hypothesis is even more controversial than other Pre-Clovis hypotheses.

See our article at Subspecieist from Sept. 2021,

Solutreans were a Cro-magnon tribe from southern France/northern Spain.  It is theorized the crossed the Atlantic ice bridge on a northern route, some 23 kya.  Solutrean hypothesis was the subject of a very well-produced and popular 4-part series by the BBC in 2003, Solutreans are Indigenous Americans”

[Guardian 2018] The notion that the ancestors of Native Americans were not the first or only people on the continent has great popularity among white nationalists, who see it as a means of denying Native Americans an ancestral claim on their land. Indeed, although this particular iteration is new, the idea behind the Solutrean hypothesis is part of a long tradition of Europeans trying to insert themselves into American prehistory…

As we reported here at Subspeciest last year, researchers found and dated human tracks at White Sands, New Mexico to 23,000 years ago. 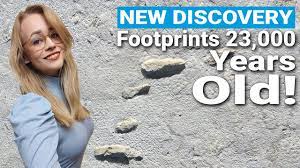 Carbon dating has been completed on a set of 60 fossilized footprints discovered in the White Sands, New Mexico National Park.  Archaeologists and paleontologists are stunned by the dates.

[Las Cruces Sun] The article reports researchers believe humans could have crossed from Asia into the Americas 26,000 to 19,000 years ago, through land connecting what is now Russia and Alaska, during the last ice age…

If the dating of the new discovery in New Mexico is correct, it establishes the strongest evidence yet that human beings reached the Americas thousands of years earlier than previously supposed by archaeologists, the paper states, before advancing glaciers closed migration routes from Asia.

And now this, from USA Today, August 3,

When did humans settle in North America? 20,000 years before we once thought, study says

One of the most common beliefs among researchers is that humans first settled in North America 16,000 years ago. But according to a recent fossil find, that may not be true.

In 2013, a tusk was found in New Mexico, as well as a bashed-in mammoth skull and other bones that looked “deliberately broken” and had blunt-force fractures. Carbon dating analysis suggests the pieces are roughly 37,000 years old, a discovery that could have significant implications in tracing humans’ earliest existence in the Americas.

The early humans who used the butchering site shaped bones into blades to break down the animals’ carcasses, according to Rowe. There are also signs they rendered the animals’ fat over a fire.

There is an amazing backstory to the discovery.  The mammoth bones were actually found on the property owned by the archaeologist.  A hiker named Gary Hartley saw what looked like a mammoth bone sticking out of a rock and alerted local scientists.  They’ve since named the site “Hartley’s mammoth locality” in his honor.

History with Kayleigh did an episode on August 7, and relayed the story of the finding, 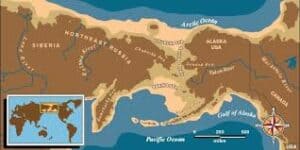 This news will probably blow your mind and show that the historic timeline for human occupation in North America still needs to be pushed back thousands of years.  More than 10,000 years. That’s insane.

So Timothy Rowe (Univ. of Texas paleontology), doesn’t normally research mammoth bones nor research humans, but he got involved because the bones were literally found in his backyard.  A neighbor had actually spotted a tusk on his property in 2013…

Kayleigh goes on to describe the complex CT scanning process that went on at the University of Texas to analyze the cut marks and confirm the dating.

“Humans have been walking on North American lands most likely for 36,000 years…”

And of special interest to readers of this website, Kayleigh continues,

The fact that this research was funded shows that it is being taken seriously and that it is time we expand our perception of the earliest humans in North America.  There are actually some researchers that believe, that there were two founding populations in North America, a Pre-Clovis society of East Asian ancesty, and the Clovis culture who provided the majority of the Pre-European genome…

Humans have been walking on North American lands most likely for 36,000 years…  the story of humans in North America has not been fully told…  This is a story that will be rewritten many times in the coming years, and honestly I’m extremely excited for this.

Seth Chagi, World of Paleoanthropology on his YouTube channel agrees, it’s an amazing if not somewhat puzzling discovery,

This is a lot.  I mean 40,000 years ago modern humans living in North America.  This is getting close to when Neanderthals are still in Gilbraltor, holding their last stand in Europe…