David Reich is regarded as one of the leading human geneticists today.  He’s even been referred to as a “superstar” geneticist. He was part of the team that confirmed Neanderthal DNA in the Eurasian genome in 2010, along with his longtime friend Swedish geneticist Svante Pääbo, Max Planck Institute researchers Dr. Johannes Krause and Matthias Meyer.   A year later, with assistance from Reich’s lab, Krause discovered the Denisovans. 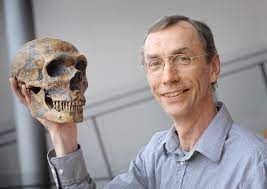 Reich has also studied archaic Neanderthals and the Denisovans, who he and others discovered in 2010 through ancient DNA. He led the work documenting repeated episodes of interbreeding between archaic and modern humans.

A major discovery that has emerged from Reich’s work is the ubiquity of major mixture in the human past.

A recurrent observation is the existence of “ghost populations”—populations that we can infer must have existed based on the mixture they have left behind in present-day people but that have no unmixed descendants today. Several ghost populations Reich and his collaborators have predicted have been found in the last few years with ancient DNA.

Additionally, from The Guardian, 2018, 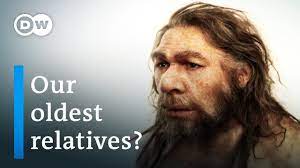 Reich’s work as a leader of prehistoric population studies includes the discovery that all people of non-African descent carry small amounts of Neanderthal DNA, showing that Homo sapiens – at one stage – must have interbred with this long-dead species of ancient humans. Reich was also involved in uncovering the existence of Denisovans, a previously unknown species of ancient humans, using DNA found in fossil scraps in a Siberian cave.

In 2018, Reich released his book, “Who we are, and How we got here; Ancient DNA and the new science of the ancient past.”  It received rave reviews, within the genetics and paleo-anthropology communities.  It also garnered Reich a great deal of media attention.

In conjunction with the release of his book, Reich wrote an op-ed in the New York Times,“How Genetics is Changing Our Understanding of Race.”   The piece proved to be highly controversial which seemingly caught Reich by surprise.

One statement in particular gained a great deal of attention:

I have deep sympathy for the concern that genetic discoveries could be misused to justify racism. But as a geneticist I also know that it is simply no longer possible to ignore average genetic differences among “races.”

Ian Holmes writing in The Atlantic,

What Happens When Geneticists Talk Sloppily About Race

the geneticist David Reich challenged what he called an “orthodoxy” in genetics. Due to concerns of political correctness, he argued, scientists are unwilling to do research on—or, in some cases, even discuss—genetic variation between human populations, despite the fact that genetic variations do exist…

The piece was widely circulated, drawing condemnation from some social scientists who were appalled by its implications… 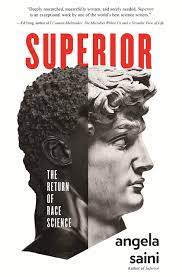 Where the op-ed gets into trouble speaks to a broader danger in genetics, one that makes the field particularly susceptible to being exploited for political and pseudoscientific ends…

Race is a concept defined by society, not by genes…

in his new book, “Who We Are and How We Got Here,” from which much of the op-ed is drawn, the analogous sentence doesn’t use the word “races” at all: Reich instead uses “populations.”

If Harvard geneticist David Reich asserts that races might exist, then these are ‘words I never expected to hear from a mainstream respected geneticist’ (p.182) and he may need to reflect that he is using ‘similar frameworks’ to Francis Galton and other evil people.

Reich may have just opened up a new controversy with a statement in an extensive feature piece in Harvard Magazine.  He suggests ethnic Europeans are unique, separate from Africans, because of Europeans’ lineage of Neanderthal DNA.

INTERPRETING ANCIENT DNA—a scientific approach that has grown powerfully during the past decade—reveals that human history is a story of mixing and migration at a scale and complexity that no one previously imagined. Waves of people and genes have flowed across oceans and continents for millennia, creating a mosaic of admixture. Genetically, “race” is a broken concept, this work shows, because every population is a mixture of other populations—which are themselves mixtures of still earlier populations.

Note – We have reached out to the author of the piece Jonathan Shaw, and the editors of Harvard Magazine, to clarify whether Reich might have been facetious in saying that Europeans “are actually Neanderthals.”  We have not heard back from them.