The archaeology recreation duo of twin brothers Adrie and Alfons Kennis have been in the news the last few weeks.  The Kennis brothers are experts at bringing to life older forms of Hominins including Neanderthals.  The new series now livestreaming on the CBC features their work. 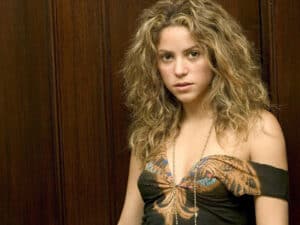 Neanderthals weren’t brutish or dim-witted. New discoveries reveal they were more human than we ever thought!

New archeological discoveries, combined with cutting-edge scientific techniques, are bringing us closer than ever to Neanderthals. The Real Neanderthal, a new documentary from The Nature of Things, follows experts around the world as they uncover incredible new evidence which upends our perception of them. It seems Neanderthals were actually much more like us than we imagined.

The journey begins in the Netherlands, where world-renowned reconstruction artists — and identical twin brothers — Adrie and Alfons Kennis are using archaeological evidence and forensic methods to build life-like figures of a Neanderthal father and daughter.

See a CARTA UCSD documentary on 2018 on the Kennis brothers.  (Caution: explicit and highly politically incorrect)

Artist Tom Bjorklund has taken it a step further, creating 5 second animated vignettes of the Hominin recreations from the Kennis brothers.  The expressions are incredibly lifelike.  They’ve taken paleo-anthropology Twitter by storm.

Rebecca Wragg Sykes has had a smash best seller, these past few months with “Kindred: Neanderthal Life, Love, Death and Art.” 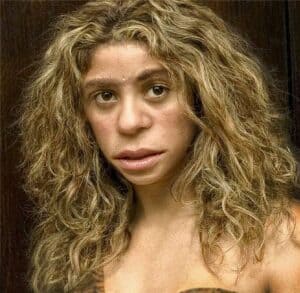 Homo sapiens’ relationship with our long-lost relatives the Neanderthals has undergone a lot of rethinking since our relatively recent reintroduction in 1856. Until then, three years before Charles Darwin published On the Origin of Species, we had no idea that they existed.

Now, a blink of an eye later, we know that many of us – at least, those without sub-Saharan heritage – carry between 1.8 and 2.6% Neanderthal DNA. So it’s reassuring to read that these people whose genes we share were not the brutish caricatures of Victorian myth, but complex, clever and probably caring individuals…  [Emphasis added]

With a hat tip to her pal left-anthropologist Adam Rutherford, Sykes Tweeted out on Feb. 28, “couldn’t resist another: here’s one of the Tom Bjorklund’s wonderful Neanderthal images brought to vivid life!”  She went on to Tweet: “The Kennis brothers do masses of research on global hunter-gatherer cultures, including hair….”

This prompted 20 some responses in her thread, including from Guillaume Rouby:

“Done the same lol, and this woman, but I can’t find where this reconstruction comes from ???”

“It’s not a reconstruction, that’s a morph someone did of Sharkira!”

In fairness, it’s possible Sykes was referring to a PinInterest which identified a “neanderthal that looks like shakira.” But that was way back in 2012. (Photo h/t)

Sykes is an intermediate level French speaker.  But is not a Spanish speaker.

A brief description of her book, from a recent interview, October 9, 2021:

Kindred is an up-to-date definitive book about the Neanderthals which is accessible to all. Whilst it is not an academic text, it draws on my academic expertise and dives deeply into selected archaeological sites. I wanted to show people how mind-blowing 21st century archaeology is, exactly what we can do and how we connect across different subdisciplines. I’ve tried to show the aspects of the archaeology that are fascinating but never seem to get into the headlines which have informed the revolution of how we understand Neanderthals over the last 30 years. Lithics aren’t easily explained by media stories! I’ve tried to make it accessible for everyone and something useful even for academics, particularly for students who have no background in Neanderthals or those who study prehistory but want an overview of the current debates, evidence, knowledge and the types of data. The book does have some narrative exploration, which of course I would never be able to put into academic papers. It has been wonderful to let the creative side of my writing flourish and develop. I really hope my colleagues find the book interesting!