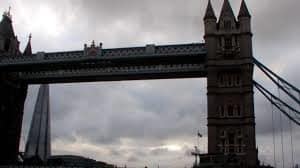 The City of London voted nearly 60% for Remain supporting parties in the recent EU elections.

“Monty Python icon John Cleese has stoked controversy by reiterating his belief that London is no longer an English city due to mass immigration.

In a tweet to his 5.6 million followers, Cleese said, “Some years ago I opined that London was not really an English city any more. Since then, virtually all my friends from abroad have confirmed my observation So there must be some truth in it.”

“I note also that London was the UK city that voted most strongly to remain in the EU,” he added.”

Cleese was interviewed in 2011:

‘“I mean, I love having different cultures around. But when the parent culture kind of dissipates, you’re left thinking, “Well, what’s going on?”‘ said Cleese.”

“The award-winning British comedian Dom Joly, 51, was quick to criticise Cleese’s tweet. He said: “John Cleese is one of my comedy heroes … Suddenly this thing came out of nowhere and it’s so depressing on so many levels.”

Of special interest to readers of this site:

It used to be called ethnic cleansing, now it's called multiculturalism. English people are an ethnic group native to these lands and we are being replaced and outbred out of existence. All by design.