The horrific practice of necklacing has returned to South Africa.  It has not been witnessed in the country since the early 1990s.  (Full news report – SENSITIVE – from eNCA, May 21)

Death By Tire Fire: A Brief History Of “Necklacing” In Apartheid South Africa 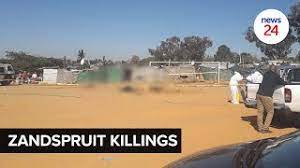 In June 1986, a South-African woman was burned to death on television. Her name was Maki Skosana, and the world watched in horror as anti-apartheid activists wrapped her up in a car tire, doused her with gasoline, and set her on fire. For most of the world, her screams of agony were their first experience with the public execution South Africans called “necklacing.”

Necklacing was a horrible way to die. [They] would put a car tire around the arms and neck of their victim, wrapping them up in a twisted parody of a rubber necklace. Usually, the massive weight of a tire was enough to keep them from running, but some took it even further. Sometimes, the mob would chop off their victim’s hands or tie them behind their back with barbwire to ensure they couldn’t get away.

Then they would set their victims on fire. While the flames rose and seared their skin, the tire around their necks would melt and cling like boiling tar to their flesh….

In the town of Zandspruit, on the outskirts of Johannesburg, an angry mob of villagers rounded up 12 men and marched them to a soccer field.

Witnesses have alleged that some members of the community rounded up suspects by beating one after another and forcing them to point out their fellow gang members. The men were then frogmarched to the open field where one resident described a heart-wrenching scene where they were beaten up with everything at the hands of the mob, including stones, sjamboks and hacked with axes and other dangerous objects while they were lying on the ground. 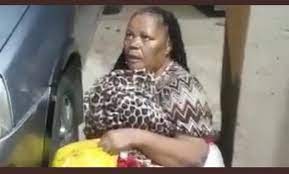 On May 19, vigilantes killed eight suspected criminals in the Johannesburg suburb of Zandspruit, some by necklacing. The killers put car tires around the victims, filled them with gasoline and set them on fire. This was the ANC’s preferred method of execution when it was fighting apartheid. It may take as long as 20 minutes to die.

This incident has been reported in South Africa, but so far as we can tell, no foreign media have taken notice of it.

“The Gauteng Commissioner has also told us the police are ‘hot on the heels’ of two community leaders who are suspects on the Zandspruit Vigilante killings.  The Commissioner says the one Zandspruit vigilante survivor is already helping the police.”

There are reports of other similar instances of vigilante justice of a traditional healer, in Mapetla.  Jostina Sangweni was murdered by a group of people.   She was then doused in 5 gallons of petrol, and set on fire.

Her alleged killers have been caught.  In the news report, from SABC News, the reporter describes a witness account of the horrible killing.

“He said, they were going to burn a witch.”