“We do know that African populations derive some small fraction of their DNA… from archaic lineages… It could be Naledi?”– Dr. John Hawks, Univ. of Wisconsin – Madison, lecture 2018 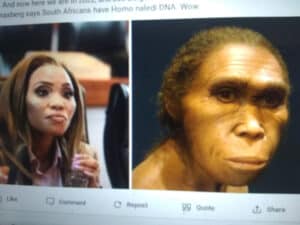 Many South Africans have morphological traits, resembling those of Homo naledi. These traits are prevalent especially in southern Africans, some members of the African population, within the borders of the Republic of South Africa, who are now scattered across the 9 provinces.

Many formerly lived in the Zululand homeland district in the eastern half of KwaZulu-Natal, and close to the modern Durban area.

Most of the others lived in the former African/Natural homelands of the former dispensation, in Basotholand (now Northwest Province in the northern half of South Africa), Transkei (on the border between KwaZulu-Natal and the Eastern Cape, as well as the Ciskei (near the Kei River).

Homo naledi “had a face, including a smile that was probably more human than apelike” — John Hawks

From Univ. of Wisconsin News, “Homo naledi: Fossil Trove Adds a new limb to the family tree,” by Terry Devitt:

With a small head and brain, hunched shoulders, powerful hands and thin limbs, Homo naledi was built for long-distance walking, says [Univ. of Wisconsin prof. John] Hawks, an expert on early humans. Fully grown, it stood about five feet tall, was broad chested, walked upright and had a face, including a smile that was probably more human than apelike.

a small head with a very projecting face, a relatively slender body but with wide hips, and human-like feet and hands, but long curved fingers

Some morphological features of Homo naledi, excerpted from the australian.museum: 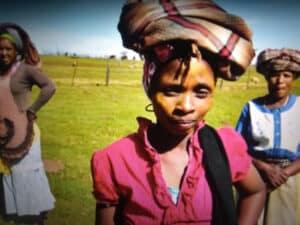 Given the relatively late date for the remains, it is possible that some archaic human populations existed in the same region as H. naledi – for instance, the Kabwe remains from Zambia and the Florisbad skull from South Africa. However, we can’t be sure they lived in close proximity or were in contact with each other.

It is also possible that H. naledi met modern humans, who first appeared in southern and eastern Africa about 200,000 years ago.

The shoulders, hips and torso retain primitive features more like those of australopithecines. The lower body, cranium and teeth show more humanlike adaptations related to functions such as locomotion, hand-use and food processing.

In a science podcast on YouTube in July, Dr. Steven Churcill, Dept. Head of Evolutionary Anthropology at Duke University, and a member of the Lee Berger, John Hawks Homo naledi explorer team, suggested that Homo naledi could be ancestral to Homo sapiens.  (Subspecieist first to break the news, Sept. 2022).

“[Homo naledi] interbred with other members of the genus Homo, including perhaps our species, or ancestors of our species… work that’s been done on the genome of people who are indigenous to Africa… Sub-saharan Africans, identify what they call a ghost lineage which contributed genetically to our lineage.  That could be Naledi…”

In his 2017 paper, Dr. Hawks along with Marina Elliott, Stephen Churchill and numerous other participating authors, made specific reference to Homo naledi’s facial morphology, the “zygomatic process of the temporal, a medially positioned mandibular fossa…”

A description from anatomy site kenhub.com: 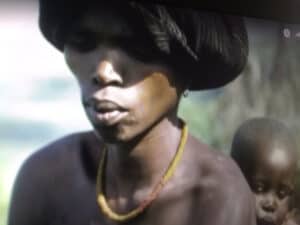 The zygomatic bone (zygoma) is an irregularly shaped bone of the skull. It is often referred to as the cheekbone, and it comprises the prominence just below the lateral side of the orbit.

The zygomatic bone is nearly quadrangular in shape and it features three surfaces, five borders and two processes. Besides forming the prominence of the cheek, the zygomatic bone also contributes to the formation of the zygomatic arch, the walls of the temporal and infratemporal fossae, and the floor and lateral wall of the bony orbit. 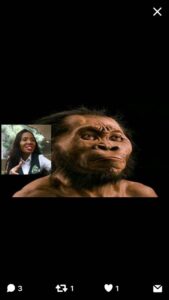 Note – Watch a high quality 6 minute video on the History of the Xhosa people at YouTube by HomeTeamHistory (Photos above).