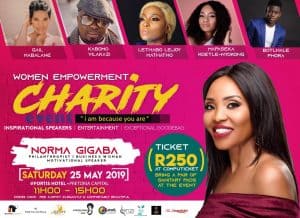 They were married for 6 years and have two children.  Gigaba was SA’s finance minister and a member of the country’s ruling inner circle.  Their messy divorce has led to courtroom proceedings and has been the subject of intense social media gossip.

Gigaba allegedly had an affair with a New York City “fashionista” during their marriage.

Former minister of home affairs Malusi Gigaba has dumped his wife, Nomachule Mngoma, after failing to resolve their home affairs.

Sunday World can exclusively reveal that Malusi and Nomachule have separated and the former minister of finance has already informed his close associates and legal team about plans to file for divorce.

The associate… said the ANC head of policy complained that Nomachule has always been moody, volatile and often started unnecessary arguments. 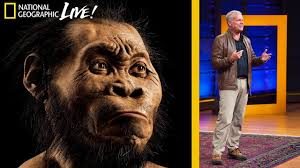 “We do know that African populations derive some small fraction of their DNA… from archaic lineages… It could be Naledi?”– Dr. John Hawks, Univ. of Wisconsin – MadisonMkhize dubbed Mngoma “Homo naledi,” presumably due to her archaic features.

eNCA News had an in-depth interview with Mngoma in early December.  Among other tidbits, Mngoma reveals herself to be a lesbian, talks of allegations of “extra marital affairs,” and of secret political meetings held by her finance minister husband.

Narrator: What do you know about bags of money?

Mngoma: He used to use that money for different things, his lifestyle, to build his home… to give it to his sisters… but he’s the one who will answer better for what it was for.

Note – Homo naledi is often cited as the possible archaic ghost species admixture in modern Africans.  In 2019, the UCLA genetics team of Durvusala and Sankararaman identified as much as 19% archaic DNA in modern Afros.

Dr. John Hawks, friend of Homo naledi discoverer Lee Berger, speculated in 2017, that Africans, “derive some small fraction of their DNA… from archaic lineages that we haven’t discovered… there is some sign of some archaic lineage that’s contributed to some populations. What we don’t know is the identity of that lineage… It could be Naledi?”