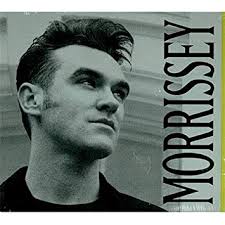 “One of the things we have in common is animal welfare… Millions of people in this country are very very concerned about it. They want an end to halal and cultural slaughter.  We’re the only party to talk about it and campaign for an end to cruelty to animals.” — Rebel Media interview with Ezra Levant, 2018

Morrissey was recently interviewed by his nephew Sam Esty Rayna for MorrisseyCentral.com.  According to the UK Independent, June 24,

Morrissey has reaffirmed his support for the far-right, anti-Islam party For Britain and suggested that Nigel Farage “would make a good prime minister”.

Of particularly interest to readers of Subspecieist.com, as the Independent further notes:

Morrissey has faced criticism over previous comments about race, which include describing the Chinese as a “subspecies”

Further from the UK Metro, June 24,

“if you call someone racist in modern Britain you are telling them that you have run out of words.  You are shutting the debate down and running off.  The word is meaningless now. Everyone ultimately prefers their own race… does this make everyone racist?”

Continuing from The Independent:

“The UK is a dangerously hateful place now, and I think we need someone to put a stop to the lunacy and to speak for everyone,” he said. “I see [For Britain leader] Anne Marie Waters as this person. She is extremely intelligent, ferociously dedicated to this country, she is very engaging, and also very funny at times.”

Anne Marie Waters is a former member of the Labour Party.  In 1987 she joined UKIP and became, first a local candidate and then stood for UKIP Chair.  She came in 2nd place.  She is also a co-founder of the anti-Islamist UK branch of German-based Pegida.  She is aligned with French nationalist Marine Le Pen and Dutch anti-Islamist parliamentarian Geert Wilders.

Anne Marie was kind enough to provide this reaction to Morrissey’s comments through her spokesman, to Subspecieist.com:

“I’m not surprised he has reaffirmed his support for our party, and he’s got it exactly right. We are the only party who can unite left and right because we are the only party that represents the best aspects of left and right. We stand for liberty, democracy, equal rights, animal welfare, environmentalism, as well as controlled borders, traditional values, and economic liberty. Morrissey listens to what we say and therefore understands this. More and more people will also understand this. There’s no stopping the truth, and we tell the truth”.

In a 2018 interview with Canadian libertarian-conservative Ezra Levant on his Rebel Media, Waters reacted favorably to earlier support from Morrissey and outlined elements of agreement with her party’s platform.

Ezra: “It is a fact that women are not free under Sharia law, that gays are stoned to death… Where are the [cultural] leftist identity politics from the ’80s and ’90’s now that the threat comes from, not the Catholic church, but rather from Islam.  Where are they?”

Anne Marie: “We’ve sunk into a pit where people are terrified.  If you speak up about anything, even if you feel it… they will turn on you. The extreme left dominates… And people are afraid.  Ordinary non-Leftists in these organizations [Labour Party] are afraid to say anything because you will immediately labeled racist and fascist, and you will lose your position… Other people are too wedded to the notion of oppressed and the oppressor… that the white man is the oppressor.

Editor’s note – We are very grateful to Anne Marie Waters for granting us this interview.  Her Party didn’t do as well as expected. We wish her the best in her future endeavors.