On February 25, London Natural History Museum’s Chris Stringer Tweeted out a link and summary of a new study by a Swedish genetics team, reevaluating archaic lineages of Sub-Saharan Africans. The study makes some controversial assertions, that could be interpreted as not fitting the monolithic humans origins model.

The summary as Re-Tweeted by Stringer, Feb. 26:

“Here we revisit questions on the nature and time of the radiation of early humans in Africa, the extent of gene-flow among human populations as well as introgression from archaic and extinct lineages on the continent.”

The studies’ lead author is Nina Hollfelder, a Post-Doc at Uppsula University in Sweden, Department of Organismal Biology,Human Evolution.  Also co-authoring Mattias Jakobsen, who is a frequent lecturer at international genetics and human evolution forums.  From his bio:

Professor Mattias Jakobsson has a broad interest in population genetics and human evolution. His lab focus on interrogating long-standing questions in human evolution, including the colonization and migration in Stone Age Eurasia and the population history of sub-Saharan Africans.

Presented here, are some highlights of the study of particular interest to the Modern Human Subspecies community.

The deep population history in Africa 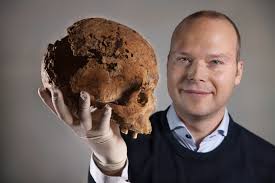 The complex early history of humans in Africa poses questions on how our species emerged, the deep population structure and its origin, and whether there has been a genetic exchange of deeply structured and/or archaic populations with modern humans in Africa…

The authors emphasize the speed at which new genetic data is becoming available from ancient Hominids that was previously unavailable, particularly on the African continent.  They assert: “these genomic data can reveal unknown ancestries or genetic make-up…”

With the rapid development in genome sequencing technologies, the number of whole-genome sequences available from modern-day hunter-gatherers and genome-wide information from African archeological samples has increased rapidly in recent years…

As has long been known, Africans have the widest genetic diversity of all modern humans:

The high genetic diversity in Africa is a result of a deep population structure… African genomes, on average, harbor the most divergent genetic lineages among all humans…

The Khoe-San are singled out as the most distinct modern human subspecies:

Reference is made to another unique population in western Africa, Cameroon – Nigeria which we have covered extensively here at Subspecieist: 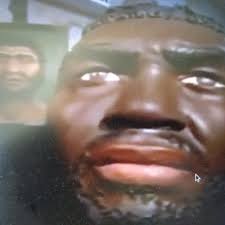 It has been hypothesized that modern Sub-Saharan Africans admixture is with a “ghost population.” That could be with a late form of Australopithecines, Homo naledi or Homo ergaster.

[It is] likely that distinct modern human groups existed, possibly diverging a few hundred thousand years ago or more recently, that later disappeared for some reason. Such populations could have mixed with human groups that did contribute substantially to today’s people in Africa.  [Emphasis added]

They then make a somewhat startling observation, resulting from this newly available data:

before the first Neanderthal genome was published, signals of introgression from deeply branching populations had already been detected in African populations (68,75). A potential explanation for this observation would be that these other populations are now extinct and their genetic material only lives on as traces in contemporary populations…

it became evident that while Neanderthals and Denisovans can account for all of the archaic admixture in non-Africans, they cannot account for the signals observed in African populations.

This would seemingly confirm the Arun Durvusala and Sriram Sakarararaman UCSD genetics study from Jan. 2020, often cited here at Subspeciest, that SubS Afros have up to 19% archaic ghost species DNA.

Note – We will be delving deeper into this research paper in the coming weeks, most particularly, the link to Iwo Elehu and the rare western African Haplo type AOO.