The Chinese have long claimed an ancestral lineage to Homo erectus. 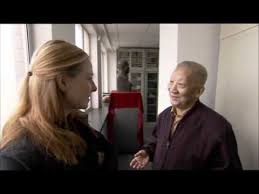 In 1993, in response to the international Human Genome Project pioneered by the United States, the Chinese government began to sponsor national projects in conjunction with the international effort… the longstanding nationalist belief that the “Chinese” had lived in “China” as an independent human group since Homo erectus, represented by the 700,000-year-old Peking Man…

anthropology of the Stone Age to identify “Chineseness.” In that nationalist discourse, Peking Man—a Homo erectus (H. erectus) group that inhabited mountain caves in Zhoukoudian (about 50 kilometers southwest of today’s metropolitan Beijing) more than half a million years ago and was first discovered in 1929—was established to represent all Paleolithic hominid groups whose archaeological sites found in China identified them as the direct ancestors of the Chinese people.

From Subspecieist.com, Race Realism vs. Racism:

The world’s greatest human geneticist Svante Pääbo may have had a hint of what was to come.  At a conference in Israel in 2017 with fellow panelist David Reich (YouTube):

And now we have confirmation. 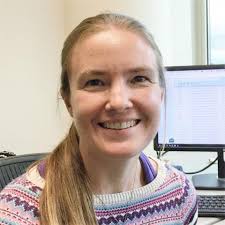 ARGweaver-D also identified 1% of the Denisovan genome as introgressed from a super-archaic hominin. Previous studies have attributed roughly 6% of the Denisovan genome to this event, but ours is the first study to identify specific introgressed regions. Our apparent weak power to detect these regions suggests that the introgressing population was not too highly diverged from other hominins; according to our simulations, the observed sensitivity is more consistent with a divergence time of 1Mya than 1.5Mya. Still, we identify 27Mb of putative super-archaic sequence from this previously unsequenced hominin, and we estimate that ∼15% of these regions have been passed on to at least one modern humans through Den→Hum introgression. Thus, our analysis suggests that at least about 4Mb of modern human genomes derives from an unknown but highly diverged archaic hominin, possibly Homo erectus… the true contribution could be as much as six times larger. [Emphasis added]

Using ARGweaver-D, the scientists found that the Denisovans, a subspecies of archaic human—which may, in fact, be its own distinct species—have a genome that contains one percent of DNA from an unknown and more distant relative. And because the Denisovans interbred with ancestors of H. sapien, they passed on some of that mysterious relative’s genes. By the accounts of ARGweaver-D, about 15% of these “super-archaic” genetic sequences may be present in some modern humans.

The researchers also found that 1% of the Denisovan genome hails from the genes of an unknown ancestor, from an interbreeding event that must have happened, roughly, a million years ago. This mystery ancestor could have been Homo erectus, Siepel said, because Homo erectus likely did overlap in Eurasia with the ancestors of Denisovans and Neanderthals.

And ScienceAlert.com, describes it as follows, Aug. 11,

Some Humans Are Carrying DNA From an Unknown Ancient Ancestor

This interbreeding would therefore add new insight into the increasingly complicated history of our emergence as a species, and of our migration out of Africa… There is the possibility that the unknown ancestor is actually Homo erectus, an archaic human ancestor thought to have died out more than 100,000 years ago…

Actually, London Museum’s Director and famed Anthropologist Chris Stringer along with a number of other Anthropologists, many in Oceania and Australia, believe Homo erectus may have survived in Java up to 30,000 years ago.

In the 1990s, one team came up with unexpectedly young ages of between 53,000 and 27,000 years ago. This raised the distinct possibility that modern humans overlapped with Homo erectus on the Indonesian island…

Of critical importance to the Subspecieist, and Pro-Human Variation community, this new research confirms multi-regional origins.

Note – The ARGweaver-D did not identify Homo erectus introgression into modern Afro or Afro-ethnics.  It appears that some Homo erectus resides in Euros as noted above, but via later interbreeding events between Neanderthals and Denisovans.