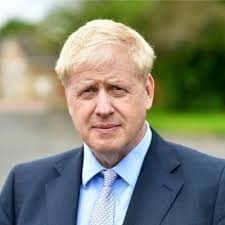 Super-forcaster and economics guru Andrew Sabisky, 27, was one of those hired.  Two weeks later he found himself jobless, kicked out on the pavement by the “Conservative” Boris Johnson government.

Sabisky was fired for commenting on a blog in 2014 on the subject of race and IQ.  As The Guardian, Feb. 18, describes:

They include comments that black people have a lower average IQ than white people, adding that they were more “in the range of IQs 75 or below, at which point we are close to the typical boundary for mild mental retardation”.

Additionally, Sabisky voiced what some may regard as Social Darwinist views, remarking about new technologies like CRISPR impacting selection.  Again from The Guardian:

He also suggested the legal enforcement of contraception at the onset of puberty to prevent an underclass because benefit claimants “reproduce at higher rates than the general population”.

And expressing a libertarian sentiment:

In a book review, he also argued that benefit claimants “tend to be less conscientious and agreeable” and should be encouraged to have fewer children than people in work with more “pro-social personalities”.

In the blogpost, Cummings had reported on a conference at Google’s California headquarters where topics discussed included the genetics of intelligence, the selection of embryos and CRISPR genome editing. In a comment beneath the blogpost, Sabisky speculated about the likelihood and desirability of ‘global embryo selection’…

Another participant in the 2014 conference attended by Cummings was the physicist and entrepreneur Stephen Hsu, who went on to become one of Cummings’ friends and supporters. Hsu has founded a company which claims to be able to assess the intelligence potential of preimplantation IVF embryos, although this has been challenged on both scientific and ethical grounds…

“We should be against ultra-woke nonsense, but we should also stand against alt-right nonsense…” — Anonymous “Conservative” MP 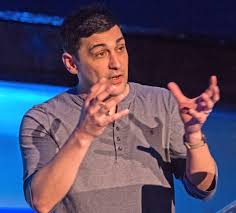 “The message has been clear – his remarks were totally unacceptable. They were racist and they were offensive… “should prevent racists from coming into No 10 or wherever he was working”.

Self-proclaimed “Anthropologist” with a Ph.D. Adam Rutherford chimed in:

“I am all for scientifically minded people advising government … [but] this resembles the marshalling of misunderstood or specious science into a political ideology. The history here is important, because this process is exactly what happened at the birth of scientific racism and the birth of eugenics.”

[Sabisky was] “hired because of these views, not despite them.

The first steps towards a really right-right wing government which tramples on normal fundamentals of democracy often starts with baby steps.”

Even some Tories expressed dismay at Sabisky’s hiring.  Of special interest to readers of this website, The Guardian anonymously quoted one “Conservative” MP as saying:

“I’m not necessarily against hiring intellectually interesting people with sometimes controversial views, but this guy just doesn’t seem very smart, and if you are not very smart and at the very least appear bigoted that cannot be a good look for the party. By all means we should be against ultra-woke nonsense, but we should also stand against alt-right nonsense too.” [Emphasis added]

As a result, Sabisky was forced to resign saying, (Yorkshire Post):

“The media hysteria about my old stuff online is mad but I wanted to help HMG not be a distraction. Accordingly I’ve decided to resign as a contractor.”

“Let’s be absolutely clear that I certainly don’t share those views and nor are they the views of anybody in this Government and that individual no longer works for the Government.”