An increasing amount of European countries are growing fearful of what many are calling “national extinction.” 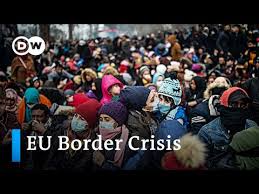 babies, or rather the lack of them. A demographic slump in eastern Europe has led to panic among its leaders, who are scrambling to come up with ways of boosting baby production.

Hungary and Poland are most concerned and pushing other EU nations to take up the issue.

Across the bloc women can expect to have an average of 1.6 babies each, or as few as 1.3 in some countries. That leaves Europe with too few children to maintain its population absent immigration. After years of nagging from eastern member states, the topic was placed on the European Council’s strategic agenda for the next five years.

They even appointed a Baby-making Czar:

For the first time, the issue of demography has its own dedicated commissioner in Brussels, who will look at ways to make life easier for families. Natalism, where the state tries to increase the birth rate, is back.

A set of global population projections released by the UN in 2017 did little to allay fears. The study projected that the combined population of 10 eastern European countries would fall from 292 million then to 218 million in 2100, while during the same period the population of west Africa would grow from 372 million to 1.6 billion.

The government of Hungary led by Viktor Urban is even offering loans of “10 million forint” for prospective baby-makers willing to hit the hay.  One young woman from southern Hungary is quoted: 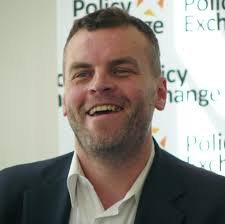 “The loan is brilliant. If it wasn’t for this help then we would have to live with one of our parents, or in terrible conditions,” …

In Poland, the ruling Law and Justice party introduced the 500+ policy in 2016, under which mothers received 500 złoty (£99) per child per month from the second child onwards. Last year it was expanded to include all children.

Even the UK appears to be joining the white extinction rebellion.  Tim Montgomerie, a special adviser to Prime Minister Boris Johnson, remarked in December, via Buzzfeed:

“Hungarian family policy is worthy of close study… I think it’s true of Donald Trump… I certainly think it’s true of Boris Johnson: I think we are seeing the Conservative party move into the sphere of cultural and economic solidarity, as I would call them…  the [Tory] party that believes in the individual, but it’s a greater idea of individualism. It’s an idea of the individual where the individual prospers with good public services, strong family, strong community, a nation that sees them as the priority rather than perhaps an immigrant from abroad.” [Emphasis added]

[Hungary’s policy] is not driven by a desire to secure Hungary’s economic future but rather by a crude bigotry that has marked most of Orban’s time in office. This becomes clear when considering the alternative means that Hungary could pursue to improve the situation: allowing greater levels of immigration.