Darkest skin Humans on the planet, shocking find by researchers – Lugbara of Uganda

Darkest Skin belongs to the Lugbara of northwest Uganda. May also be one of the most distinct, genetically isolated peoples on the African Continent

Trypanogen is a central African genetics research company.  Their objective is to study genetic factors unique of African populations to prevent disease.  From their site: 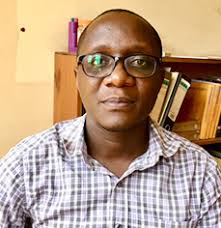 TrypanoGEN+ is an international collaborative research network applying an integrated approach to the study of the genetic determinants of two neglected tropical diseases: Human African Trypanosomiasis (HAT) and Schistosomiasis, in Sub-Saharan Africa. TrypanoGEN+ is a continuation of TrypanoGEN that focused only on HAT.

One African population stood out in particular:

We found greater genetic differentiation between the Nilo-Saharan Lugbara and Gumuz populations than between any two Afro-Asiatic or Niger-Congo populations… tests showed that Gumuz contributed a genetic component to most Niger-Congo B populations whereas Lugabara did not.

The Gumuz of western Ethiopia are a genetically distinct people, but do share genetic lineages with other African tribes.  The Lugbara are not only distinct from them, but also unique among all African populations.

we also sequenced the genomes of 250 individuals from 6 new Niger-Congo populations from Guinea, Côte d’Ivoire, Cameroon, Democratic Republic of Congo, Zambia, and Uganda and also included published data from 13 additional African populations from the 1000 Genomes and African Genome Variation Projects.

We show that the Lugbara are genetically distinct from all Niger-Congo and Afro-Asiatic populations and from the Gumuz. [Emphasis added] 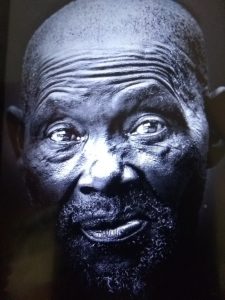 The Nilo-Saharan Lugbara Population Has a High Proportion of Novel Variation. We observed little evidence of inbreeding within the populations; the majority of the individuals had an inbreeding coefficient (F) of less than 0.1… We identified approximately 22 million variant loci in the Lugbara population. The frequencies of known and novel variants were similar in all the six Niger-Congo populations (12.9% novel, SE 0.003); however, the Nilo-Saharan Lugbara population from North West Uganda had significantly more novel SNPs (17.1% p < 0.001) [Emphasis added]

Note – SNP single-nucleotide polymorphism is a measurement of sorts on the nucleotide of the DNA strand.  It is used to identify variation. The Science community calls SNPs “snips”.

The researchers then identify some unique characteristics of the Lugbara less identifiable in other nearby African tribes.

Given the relative genetic isolation of the Nilo-Saharan Lugbara, we hypothesized that they could have unique genetic adaptations to their environment… there was a group of genes associated with skin tone and hair form which are plausibly associated with the particularly dark color of the skin of Nilo-Saharans and the intense UV radiation they experience… Nilo-Saharans have some of the darkest skin tones in the world and the Lugbara generally have a darker skin compared to [nearby African tribes]… Skin reflectance is correlated with UV radiation and the dark skin tones of the Nilo-Saharans could be an adaptation to the open savannah conditions of the Sahel where there is limited tree and cloud cover and which is predicted by models to be one of the regions of the world with darkest skin pigmentation. [Emphasis added]

Note – the Sahel just means the geographic region immediately south of the Sahara.

So, what the researchers have concluded is that although all Central Africans have especially dark skin, the Lugbara have an exceptionally darker tone that provides reflectance from UV radiation.   They are the most well-adapted to high UV Sahal.