Eurasians may have “3 times” as much Neanderthal DNA, shocking new research out of Spain suggests 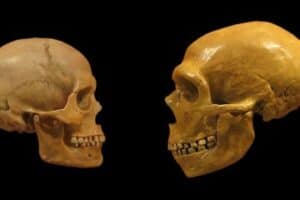 Up until now, most geneticists have put the percentage of Neanderthal DNA in European ethnics at 1.4 to 2.7%.  A few researchers and others, have speculated that it could be even higher, as much as 5 to 6%.

White well-being activist and popular YouTuber 4Mypeople has been telling his viewers for over a year, that research would soon come out that the Neanderthal percentage is more in the 9% range.  At YouTube 8 minute mark, he tells his viewers in one of his latest videos, “Looks like I’ve been vindicated.”

Background from TheVintageNews.com, May 4, “Human DNA is up to 1/25th Neanderthal”:

“It might sound strange, but there’s actually scientific evidence to suggest that most people have a little Neanderthal DNA in them.

This is especially true for anyone who has ancestors from anywhere outside of Africa, so all those with European and Asian ancestry have a good chance of being just a little bit Neanderthal.

The BBC has shared scientific reports showing that when modern humans first left the African continent and started to explore Eurasia, they met up with Neanderthals. Unsurprisingly, some of these meetings resulted in cross-breeding, and it was these sexual exchanges and the resulting children that led to many modern people nowadays having up to 4 percent Neanderthal DNA.”

The lead author of the research is Belén Lorente-Galdos PhD.  She is with the Catalan Institution for Research and Advanced Studies, Institute of Evolutionary Biology, Pompeu Fabra University, 08003 Barcelona, Spain.  She is a graduate of Yale University.  From her bio: 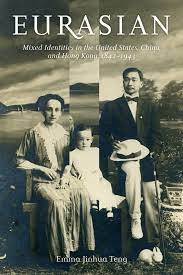 Mathematician with more than 10 years of experience as data scientist in the field of genomics and neuroscience. Well-versed in numerous programming languages including R, perl, Bash, C, PHP, and SQL. Algorithmic developer with strong analytical skills and fearless of exploring new research topics. Co-author of 25 papers published in international peer-review journals, 5 of them in Nature, Science or Cell, 3 as first author, and 1 book chapter.

“From the study of the DNA of present-day African populations, an international team of scientists has found that they had offspring with an extinct archaic population…

Belén Lorente-Galdos concludes “our method has enabled clearly ruling out the prevalent model does that does not consider archaic introgression in Africa. The new model we present has forced us, furthermore, to review the amount of DNA in people of Eurasian origin that comes from Neanderthals, which could be up to three times higher than had been estimated to date using the previous models.”

From the study of the #DNA of present-day African populations, an international team of scientists led by David Comas has found that they had offspring with an extinct archaic population https://t.co/bYLsPQrIGu pic.twitter.com/ZMiTw2hoN9

Besides the finding of more Neanderthal DNA in Europeans than previously believed, the study also looked at the modern African genome with some stunning results.

From a summary of the paper, Institutu Biologia Evolutiva,

From the study of the DNA of present-day African populations, an international team of scientists has found that they had offspring with an extinct archaic population…

“What has surprised us is that in order to describe the genetic diversity found in African populations today, the presence must be taken into account of an extinct archaic African population, with whom anatomically modern humans would have mixed” he adds. This result indicates that not only were there archaic populations different from the sapiens lineage outside Africa (such as Neanderthals or Denisovans), but that within this continent there were sub-populations with which anatomically modern humans who remained in Africa had offspring.

“This finding challenges the observations made previously on the crossbreeding of Neanderthals or Denisovans with European or Asian ancestors becauseAfricans have always been taken as a model of population without introgression”, explains David Comas, head of the Human Genome Diversity group at the IBE.  “Our research leads one to question some assumptions established today based on the premise that the African population did not have introgressions”, he adds.