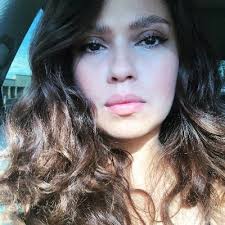 From the Tucson Sentinel, Aug. 16,

The judge’s “ruling in our favor clears the way for Tucson to finally choose to protect our family members, neighbors and co-workers from the dangerous, racist and inhumane policies of the Trump administration,” Livier said in a news release Friday.

Tuesday night, the final vote against Proposition 205 was 58,820 71.4% opposed, 23,562 29% in favor.  Even the entire Tucson City Council opposed Prop. 205.  That included the City’s newly elected first Hispanic female mayor Regina Romero.  Chamber of Commerce and Tucson business interests fretted over loss of revenue and a souring economic climate if the proposition had passed.

From the Daily Signal, Nov. 7,

In a major defeat for illegal alien advocates, voters in Tucson, Arizona, overwhelmingly rejected a proposal to designate it as the state’s one and only “sanctuary city.”

Tucson voters on Tuesday resoundingly opposed an initiative, known as Proposition 205, that would have given sweeping protections to illegal aliens and prohibited local law enforcement from working with Immigration and Customs Enforcement agents.

dem policies such as sanctuary cities now has a track record..California. No one wants to be California.

Back in August when it appeared the Pro-Illegal Immigration forces were on a roll, local and national media mocked anti-Illegal activists.

A man and woman donning gear supporting President Donald Trump were laughed out of a city council meeting in Tucson, Arizona as they ranted against immigrants and proposed plans to designate Tucson as the state’s first so-called “sanctuary city” on Tuesday.

The pro-Trump couple present at Tuesday’s meeting made it clear they were among the opponents of the Tucson “sanctuary city” vote.

The couple held up a pair of signs reading, “Respect Our Laws or We Will Deport You! No Sanctuary For Criminals!” as the woman in a “Make America Great Again” red trucker hat yelled into her phone and at pro-immigration attendees.

“Follow our laws or go home,” the MAGA hat-wearing woman, identified online as Jennifer Harrison, yelled over the discussion…