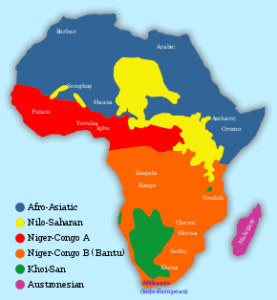 Khoisan on the land first

Our early history in SA was well documented by Van Riebeeck & the Dutch East India Co. (Please do read up about Krotoa, also known as ‘Eva’ or Eve, & Pieternella) and you’ll see where my family history starts Contrary to “narrative” many happily intermarried & produced large families.

Some contend this is because #KhoiSan were among the earliest explorers out of #Africa and cite their use of fat tailed sheep from the Anatolian region/Turkey as evidence. Others reckon they didn’t get beyond Mesopotamia. Either way, distinctly different DNA from other #Africans

We Khoisan all have that interesting and unexplained ancient Eurasian admixture that distinguishes us from other #African tribes, which is rather fascinating! We take pride in being the most ancient branch of the human family. Our Blombos Cave civilization dates to 100k YBP.

Defiant Khoisan group ‘swears in’ their own leader of SA

“In an act of defiance, a small group of Khoisan chose election day to symbolically inaugurate their own chosen leader of South Africa.

On the steps of the Union Buildings in Tshwane… Chief Khoisan SA was symbolically elected as the nation’s leader.