Homo erectus man dubbed by the locals. But now new evidence suggests Denisovan may be a closer match 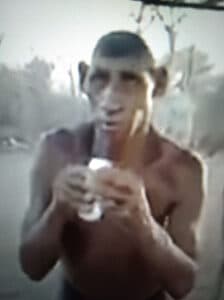 Homo erectus man as originally believed, or from another relic species?

In 2019, local TikTok users in northeastern Brazil released a video of a relative who has distinct morphological features. The description that was on Facebook, which has since been taken down, listed the location as the Brazilian province of Tocantins. He was dubbed “Homo erectus man.”

The video on TikTok gained over 1.6 million views.  Some commenters suggested he might have a birth defect as a result of the Zika virus.  Others suggested a case of microcephaly, babies born with smaller or irregularly shaped craniums.

In the comments section at YouTube, 34,000 views total, one commenter Stealthguy724 had a different take:

I get that its a birth defect, but i always wondered if that its like our old early human genes surfacing or something like that.

That same year, new evidence emerged that Homo erectus survived much later than originally believed, at least in one geographic location: the island of Java.

In the 1930s, 12 Homo erectus skull caps and two lower leg bones were found in a bone bed 20m above the Solo River at Ngandong in central Java… [dating of] the fossils… proved difficult because the surrounding geology is complex.

In the 1990s, one team came up with unexpectedly young ages of between 53,000 and 27,000 years ago. This raised the distinct possibility that modern humans overlapped with Homo erectus on the Indonesian island.

Now another intriguing possibility has emerged. Is the Brazil Homo erectus man a Denisovan hybrid? 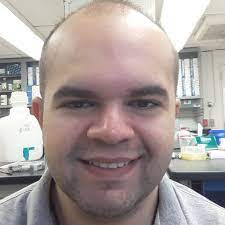 André Luiz Campelo dos Santos has a PhD in Archaeology.  He is a researcher at Florida Atlantic University FAU in the Department of Computer and Electrical Engineering and Computer Science.
On December 8, Professor Hawks Tweeted out to his 26,000 Followers:

From the paper’s Abstract:

An increasing body of archaeological and genomic evidence has hinted at a complex settlement process of the Americas by humans. This is especially true for South America, where unexpected ancestral signals have raised perplexing scenarios for the early migrations into different regions of the continent. Here, we present ancient human genomes from the archaeologically rich Northeast Brazil and compare them to ancient and present-day genomic data. We find a distinct relationship between ancient genomes from Northeast Brazil, Lagoa Santa, Uruguay and Panama, representing evidence for ancient migration routes along South America’s Atlantic coast.

To further add to the existing complexity, we also detect greater Denisovan than Neanderthal ancestry in ancient Uruguay and Panama individuals. Moreover, we find a strong Australasian signal in an ancient genome from Panama…

A co-author of the paper, Professor Michael DeGiorgio of Florida Atlantic University offers further explanation of the findings.  From Eureka Alert, Nov. 2022:

“Our study provides key genomic evidence for ancient migration events at the regional scale along South America’s Atlantic coast,” said Michael DeGiorgio, Ph.D., co-corresponding author who specializes in human, evolutionary, and computational genomics and is an associate professor in the Department of Electrical Engineering and Computer Science within FAU’s College of Engineering and Computer Science. “These regional events likely derived from migratory waves involving the initial Indigenous peoples of South America near the Pacific coast.”

“Phenomenal that Denisovan ancestry made it all the way to South America” — Dr. John Lindo, Emory University, GA

The co-authors of the paper hypothesize that the Denisovan DNA admixture introgressed into an Australasian population about 40,000 years ago.  That population eventually made its way to the South American shores at least 1,500 years ago.

John Lindo is “an expert in ancient DNA and population genetics.”  See a YouTube interview with Dr. Lindo on the “Inside the Lab” show produced by Emory University, 2020.

“It’s phenomenal that Denisovan ancestry made it all the way to South America,” says John Lindo, Ph.D., a co-corresponding author of the article… “The admixture must have occurred a long time before, perhaps 40,000 years ago.  The fact that the Denisovan lineage persisted and its genetic signal made it into an ancient individual from Uruguay that is only 1,500 years old suggests that it was a large admixture event between a population of humans and Denisovans.”

Populations in East Asia, Melanesia and Australonesia (Pacific Islands) have up to 5% Denisovan DNA.

There are at least three putative subspecies of Denisovans – sometimes identified as Altai, Southern and a third unidentified population.

It is quite possible that the genetic lineage that made it to the South American continent stems from one of the two more enigmatic southern Denisovan branches, rather than the better-known Altai.

Since the publication of South American DNA paper, André Luiz Campelo dos Santos has released an additional and somewhat related study, where he mentions an enigmatic signal in the genomics data 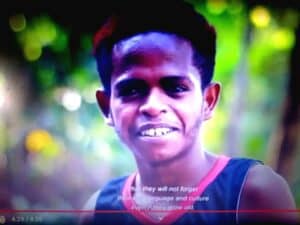 Since 2010, genome‐wide data from hundreds of ancient Native Americans have contributed to the understanding of Americas’ prehistory. However, these samples have never been studied as a single dataset, and distinct relationships among themselves and with present‐day populations may have never come to light. Here, we reassess genomic diversity and population structure of 223 ancient Native Americans published between 2010 and 2019.

The genomic data from ancient Americas was merged with a worldwide reference panel of 278 present‐day genomes from the Simons Genome Diversity Project and then analyzed through ADMIXTURE, D‐statistics, PCA, t‐SNE, and UMAP. We find largely similar population structures in ancient and present‐day Americas. However, the population structure of contemporary Native Americans, traced here to at least 10,000 years before present, is noticeably less diverse than their ancient counterparts, a possible outcome of the European contact.

Note – Spatiotemporal simply means belongs to both space and time.

Moreover, we find a component of genetic ancestry in the ancient dataset that is closely related to that of present‐day Oceanic populations but does not correspond to the previously reported Australasian signal… we report an expansion of the Ancient Beringian ancestry… Overall, our findings support a complex scenario for the settlement of the Americas, accommodating the occurrence of founder effects and the emergence of ancestral mixing events at the regional level.  [Emphasis added]

Note – See our article here at Subspecieist, “Denisovan DNA as high as 6% discovered by Swedish team in Philippines Ayta” August 2021.

Further Reading: An interesting article on Cryptozoology from 2018, appears in CryptoZooNews, “Negritos, Cryptozoology and Proto-Pygmies.”  The article mentions Asiatic Pygmy populations, “relic tribes” like the Zambales and the Baiga and late surviving Australopithecines.