Homo banyoles, originally thought to be Neanderthal, ruled out 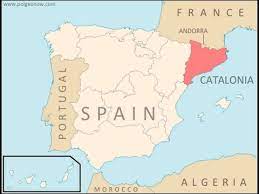 Homo banyoles, is it a late surviving Middle Pleistocene hominin, or just a very early Homo sapien with slight Neanderthal features? A reexamination of an ancient mandible fossil has left scientists with more questions than answers.

In the 1800’s a number of  Cro-magnon and Neanderthal human fossils were discovered.  They included most famously, the cranium in Neander valley, Germany, discovered by quarrymen in 1856.  Others included Neanderthal and archaic Homo sapiens bones from France, Belgium, Germany and Gibraltor.  One of the 1800’s fossil finds was a mandible discovered in a quarry in northeastern Spain near the Catalonian town of Banyoles.

Paleo-anthropologists assumed it was a Neanderthal, although over the years with repeated examinations of the fossil, they conceded it had some puzzling features.

Jawbone may represent earliest presence of humans in Europe

In 1887, a fossil mandible was discovered during quarrying activities in the town of Banyoles, Spain, and has been studied by different researchers over the past century. The Banyoles fossil likely dates to between approximately 45,000-65,000 years ago, at a time when Europe was occupied by Neandertals, and most researchers have generally linked it to this species.

Professor of Anthropology at Binghamton University Ralph Quam and his graduate student in paleo-anthropology Brian Keeling, conducted renewed research on the mandible.

In December Quan and Keeling, along with their co-authors had their paper published in the Journal of Human Evolution, January 2023,

Reassessment of the human mandible from Banyoles (Girona, Spain) 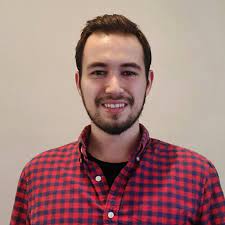 Uranium-series and electron spin resonance dating suggest the mandible dates to the Late Pleistocene (Tarantian), approximately ca. 45–66 ka. In this study, we reassessed the taxonomic affinities of the Banyoles mandible by comparing it to samples of Middle Pleistocene fossils from Africa and Europe, Neandertals, Early and Upper Paleolithic modern humans, and recent modern humans. We evaluated the frequencies and expressions of morphological features and performed a three-dimensional geometric morphometric analysis on a virtual reconstruction of Banyoles to capture overall mandibular shape. Our results revealed no derived Neandertal morphological features in Banyoles.

“We were confronted with results that were telling us Banyoles is not a Neandertal, but the fact that it does not have a chin made us think twice about assigning it to Homo sapiens,” explained study author Rolf Quam. “The presence of a chin has long been considered a hallmark of our own species.”

Researchers used high-resolution 3D scanning of the fossil to determine metrics of size and shape.

Confirmed not a Neanderthal, two other possibilities 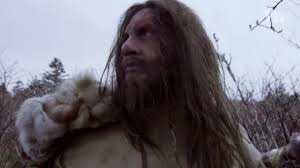 The studies authors then compared the mandible to a well-known archaic Homo sapien from Romania, within the same time range ~40,000 kya.  Oasu’s DNA shows 6 to 9% Neanderthal admixture.  However, the Oasu specimen has a pronounced chin, unlike Banyoles.  So, that would seem to rule out Banyoles in the taxa of an early Homo sapien.

Roberto Saez, famed paleo-anthropologist from Spain, raises another intriguing possibility.  Is Banyoles, a Homo sapien hybrid with an as of yet discovered hominin?

From his NutcrackerMan site (named after the famed Zinjanthropus boisei):

Banyoles lacks elements derived from Neandertal mandibles and sapiens mandibles, and looks like a generalized and primitive form of Homo…

Its assignment to Homo sapiens seems clear. The absence of a chin may be due to hybridization with another archaic non-Neandertal Homo species, but not yet identified.

As Ben Taub at iflscience points out, if the Banyole mandible does indeed represent a Homo sapien – enigmatic as of yet undiscovered hominin hybrid, that would indicate that another human species was roaming around Europe the same time as the Neanderthals, and archaic Homo sapiens.

Ignacio Martínez, says that if the Banyoles jawbone “is the crossroads between Homo sapiens and Neanderthals, this would be the oldest evidence of the presence of our species in Europe.