Eusebius McKaiser is a popular podcaster and columnist in Johannesburg, South Africa. He is a gay man, and of hybrid racial identity, including Bantu and white South African. McKaiser relays his early childhood growing up in a white working class area of  Johannesburg.

McKaiser is a now a worldwide lecturer with the Oxford series specializing on controversial racial topics. 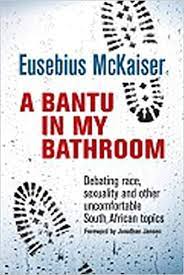 Eusebius McKaiser is a broadcaster, political analyst, lecturer and author. He has, for many years, presented and produced several current affairs shows in South Africa on SABC, eNCA, Power 98.7 and 702.

He is the author of three bestselling books: A Bantu In My Bathroom, Could I Vote DA? and Run, Racist, Run.

He has studied law and philosophy, specialising in moral philosophy, which he has also taught in South Africa and in the UK. He has a particular interest in racism and moral epistemology.

Eusebius has written prolifically as a political analyst including as a columnist for local publications like Business Day and Mail and Guardian, and internationally he carried a column in New York Times. He has appeared on many global platforms including BBC, Al Jazeera and CNN, among others.

As a race realist who supports race-based affirmative action, I nevertheless think the JSC is not thinking properly about the race question. The JSC is banalising the justice project.

He was referring too a recently enacted policy by the South Africa Judicial Service Commission (JSC)  to serve as an elected Constitutional court judge.  McKaiser wondered out loud, why should white South Africans even bother running for such positions.

From the Sunday timeslive.co.za, Oct. 6,

The JSC should tell us whether white men must stop applying 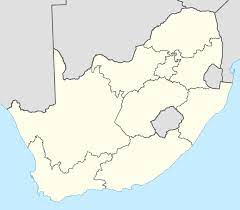 the JSC must be blunt about any exclusionary threshold requirements so potential candidates do not waste their time throwing names into a hat from which theirs could never be drawn.

The most obvious elephant in the JSC room is the racialised elephant. Does being white or a white male exclude someone a priori?

McKaiser may have matured on his attitudes regarding racial differences.  In in 2016 book, “Run Racist Run,” he wrote against meritocracy.

“We need to move away from this notion that racism is rare – that is utter nonsense. Racist motives are commonplace”. McKaiser argued against the idea of ‘white excellence’ being the product of genetic luck and hard work. “If that were true then black people struggle due to either genetic inferiority or laziness, which would be false and racist. It follows that ‘white success’ is, in part, the result of structural racism.”

McKaiser received both vitriolic responses, but also some quite supportive.  Nearly 80 responses to his Tweet.  Here’s a sampling:

Do you know the history behind the term “race realist’? — Carl S. Steenekemp

White men are the most privilege demographic group in this country, this cry over one white man, just amount to entitlement, he has three years experience. — Tshepo Mahale

Thanks for raising your voice on the matter. It is banal and makes a mockery of the bill of rights. Have we perhaps gone the full circle only to end up with reversed apartheid? — ZB Kotze

So does Eusebius qualify for AA?.. Isn’t he to white? Where do we draw the line in this multiracial society? How black or white do you have to be? I am asking because many people are mixed race now, just how do they determine who qualifies? — Dennis M.

“Most South Africans, black and white, thought it was fine to live with only white people in a house…” — Eusebius McKaiser 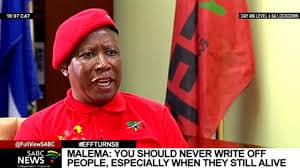 In a 2018 broadcast he even went after ANC President Julius Malema over his anti-Asian racism.

“You know I wish it was funny. But it’s not funny in a country where racial tensions continue unabated.  Firstly, there are many groups in South Africa who have an internalized racism when it comes to who their sexual partners are and who they are prepared to marry… For every Indian… I can show you countless examples of Black Africans who will never be seen dead marrying someone who is Indian…”

In a 2012 interview on Polity for his book “A Bantu in my Bathroom,” McKaiser relayed the story of a white South African woman who placed an ad saying she only wanted whites to rent a room available for lodging.  McKaiser was shocked about the amount of his callers, both black and white who said people should be free to co-habitate with members of their own race.

“So, I shared the story with my radio listeners and asked them what they thought. And to my horror most South Africans both black and white thought it was fine to live only with white people in a house.”