Steven Pinker, already under fire for past long-time association with Jeffrey Epstein 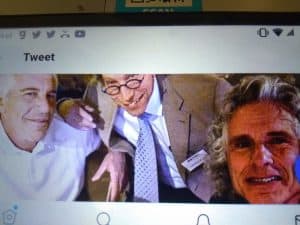 He might have seen this coming.  Steven Pinker has been attacking President Trump and promoting leftwing Democrat causes for months on Twitter and other forums.  Many of his longtime supporters were puzzled as to his seemingly hard left turn.

Steven Arthur Pinker is a Canadian-American cognitive psychologist, linguist, and popular science author. He is Johnstone Family Professor in the Department of Psychology at Harvard University, and is known for his advocacy of evolutionary psychology

Pinker in the past has considered race realist views, and given them a fair hearing.  In a 2017 panel discussion on YouTube he made the following statement, discussing white working class voters:

“whose affiliation might be up for grabs, comes from the often highly literate, highly intelligent people who gravitate to the Alt Right…”

Although Steven Pinker claims in The Blank Slate that he doesn’t agree with the conclusions about black intelligence made in The Bell Curve, he has never to my knowledge explained why,although he agrees with almost every other hereditarian claim, the Bell Curve is wrong…

“Some wondered this open letter to the Linguistics Soc of America… demanding they rescind my Fellow status is a satire of woke outrage culture, w its hallucinated “dog whistles,” fury over tweets of NYT & WaPo opeds, and obvious forced signatures… But it’s real…” — Steven Pinker, Twitter, July 3

At issue is a Tweet from Pinker from 2015, via LSA statement:

“Police don’t shoot blacks disproportionately. Problem: Not race, but too many police shootings”

LSA signatories responded issuing this statement of July 1, via Reddit: 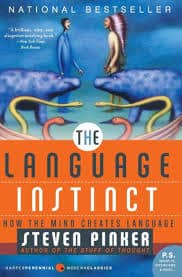 Dr. Pinker’s behavior is systematically at odds with the LSA’s recently issued statement on racial justice, which argues that “listening to and respecting [the experience of students of color] is crucial, as is acknowledging and addressing rather than overlooking or denying the role of the discipline of linguistics in the reproduction of racism.” Instead, Dr. Pinker has a history of speaking over genuine grievances and downplaying injustices, frequently by misrepresenting facts, and at the exact moments when Black and Brown people are mobilizing against systemic racism and for crucial changes.

And of special interest to readers of this site:

Though no doubt related, we set aside questions of Dr. Pinker’s tendency to move in the proximity of what The Guardian called a revival of “scientific racism”…

Twitter has been ruthless in attacking Pinker.  One user, Dave Ogden wrote on July 3:

“on Steven Pinker: No linguist I know respects him & he’s used moldy credentials to support white supremacy, misogyny & Jeffrey Epstein.  Scholars want the LSA to take him off its list of fellows & media contacts, barely a slap on the wrist & it’s the right thing to do.”

But Melissa Chen NY Editor for the Spectator had this to say (Twitter):

“That petition to the LSA is just one of the many increasingly hostile attempts to cancel Dr. Steven Pinker.  One of the reasons that he gets under the skin of so many progressives is that he often points out how much progressives tend to hate progress or deny it altogether.”

Quite ironically, Pinker stood up for another embattled academic just two weeks ago.  A top anthropology academic at Michigan State Univ. was canned last month, for having once appeared on Stefan Molyneux’s YouTube show discussing race realism.

From the Lansing State Journal, June 19,

A separate petition circulated, gathering nearly 1,500 signatures from academics across the world as of Friday evening, from people supporting Hsu and calling claims of sexism and racism “unequivocally false.”

Researchers who submitted letters of support range from MSU’s Corey Washington, who is director of analytics in the Office of Research and Innovation, to Steven Pinker, a professor in Harvard University’s department of psychology.