“I notice that some people run faster than others.  And others swim better than others… so we’re not perhaps equal in every single way” 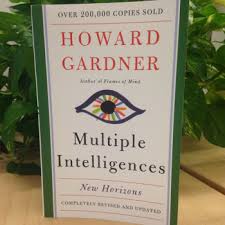 In an interview with the UK’s RebelWisdom.com, June 12, Monty Python’s John Cleese doubled-down on previous statements in favor of race realism. Echoing subspecieism and the views of this website, Cleese stated clearly and forthrightly, 19 minute mark:

“The race relations people… people get excited and they don’t really listen to what I say.  But I make a huge difference between culture and race.  I believe that races are completely equal in the sense that they have all the rights that any other race has.  I mean, I notice that some people run faster than others.  And others swim better than others.  And that’s in itself interesting.  We’re not perhaps equal in every single way.  Some people are more talented here, and less talented there.”

On Race and IQ:

“I’m one of those people who’ve read Howard Gardner.  And I know there’s lots of different types of intelligence.  You can be very high on one intelligence and very low on another.  Like have you ever seen a philosopher dance well?”

As David Marcus at the mainstream conservative news site The Federalist notes, June 11:

“John Cleese, of “Monty Python” and “Fawlty Towers” fame, has been stirring up a bit of controversy. Last month, he went on record saying that he no longer views London as an English city as a result of immigration and cultural change in the English capital. Cleese, who left England last year to take up permanent residence in the Caribbean, is not backing down from the comment. In fact, he’s lighting up Twitter, to the dismay of the woke.”

Others are taking him to task: