Kenyanthropus platyops (flat-faced man) and Lucy – Australopithecus, new evidence suggests they lived side by side 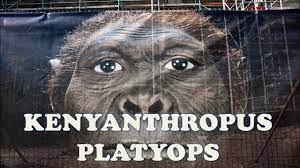 A long-standing debate in the paleo-anthropology community has been thrust back into the limelight, with the re-discovery of nearly forgotten Hominid footprints in northern Tanzania.

In 1978 Mary Leakey discovered the famous Hominid footprints at Laetolli near Olduvai Gorge.

Leakey’s most dramatic discovery, made in 1978, and the one that she considers most important… The footprints of Laetoli, an area near Olduvai, gave the world the first positive evidence of bipedalism. Three hominids (generally identified as Australopithecus afarensis ) had walked over volcanic ash, which fossilized, preserving their tracks. The terrain was found to be about 3.6 million years old. Although there had been suggestions in the leg bones of other hominid fossils, the footprints made the age of bipedalism incontrovertible…

she notes. “Of course, when we realized what they were, then it was really exciting.”

Footprints at Laetoli were discovered by Mary Leakey’s team in 1976 after Kay Behrensmeyer, Andrew Hill, and others famously had an elephant dung fight.

But two years before the footprints were found, the Leakey team had made another similar find of footprints close by.  In 1976, Phillip Leakey and his friend Peter Jones had been mulling around at Laetolii and fell upon 5 footprints that appeared to be from ancient Hominids.  Mary Leakey believed them to be Hominids. They were dated to 3.6 million years ago. But the scientific community had its doubt.  Many came forward to suggest they were made from a species of bear.  They were soon largely forgotten about. 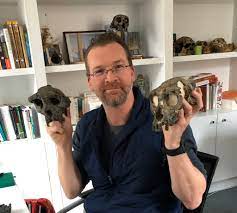 Enter DeSilva. Professor DeSilva has become an expert on podiatry (study of feet) of archaic Hominids.  He’s even become the go too guy on everything and anything involving Hominid feet anatomy and footprints.

DeSilva working on a grant from the Leakey Foundation, assembled a team and led an expedition to Tanzania to find the forgotten Hominid footprints site.  It didn’t take them long.

Using the detailed maps from Mary Leakey they found the site, not far from the more famous Laetoli footprints site.  They cleared some brush, and there they were.

On December 1, DeSilva and two dozen co-authors released their study on their findings.

From the Abstract in Nature, Dec. 3,

Bipedal trackways discovered in 1978 at Laetoli site G, Tanzania and dated to 3.66 million years ago are widely accepted as the oldest unequivocal evidence of obligate bipedalism in the human lineage1,2,3. Another trackway discovered two years earlier at nearby site A was partially excavated and attributed to a hominin, but curious affinities with bears (ursids) marginalized its importance to the paleoanthropological community, and the location of these footprints fell into obscurity. 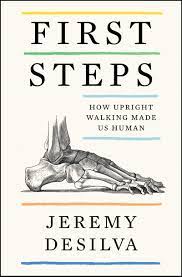 In 2019, we located, excavated and cleaned the site A trackway, producing a digital archive using 3D photogrammetry and laser scanning. Here we compare the footprints at this site with those of American black bears, chimpanzees and humans, and we show that they resemble those of hominins more than ursids.

We know that Lucy’s relatives within the Australopithecus afarensis species made the Site G tracks. So, who made Site A?   The evidence from measurements, and differing gait, points away from Afarensis to another Hominid species.

It is generally accepted that Australopithecus afarensis produced the footprints at sites G and S… It is thus tempting to assign the site A tracks to A. afarensis; however, this premise requires an examination of foot ontogeny and intraspecific morphological variation… Standing between 101 and 104 cm tall… the maker of the site A footprints was smaller in height than other Laetoli trackmakers…

Scientists were able to determine that both the Site ‘A’ tracks and the Site ‘G’ tracks were made within hours of each other.

Playtops was a contemporary of Lucy living some 3.2 to 3.3 million years ago.  Three main Platyops fossils have been found over the years, including a full skull and other facial fragments.  The skull was discovered in 1979 by Meave Leakey.

Note – Meave Leakey released a book two years ago, that received rave reviews, “The Sediments of Time.” Available at Amazon.

The skull was mushed in on one side which created controversies for placing the species on phylogenetic charts.

The molar difference is significant, in that along with bi-pedalism, flatter face and larger brain size, it is a key determining factor in Homo lineage designation.

According to the Smithsonian Human Origins site  Kenynthropus platyops might even be closer to the Homo family tree/branch than the famous Lucy – Australopithecus afarensis. 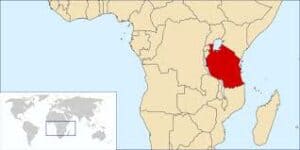 Kenyanthropus inhabited Africa at the same time as Lucy’s species Australopithecus afarensis, and could represent a closer branch to modern humans than Lucy’s on the evolutionary tree…

Many scientists think A. afarensisis the ancestor of the Homospecies and therefore modern humans, but some scientists now feel Kenyanthropus’ flat face and less-pronounced brow ridges seem more closely related to Homo. 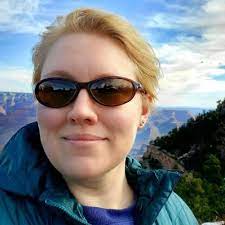 DeSilva said scientists can only speculate about other aspects of this hominin’s appearance and behavior and whether it was one already identified – such as Kenyanthropus platyops or Australopithecus deyiremeda – or a previously unknown one.

Back to the Nature paper, DeSilva states that it’s likely both Australopithecus afarensis and Kenyanthropus platyops existed at the same time, in the same environment, side by side.  Though, the two species had slightly different diets.

[We conclude] that a minimum of two hominin taxa with different feet and gaits coexisted at Laetoli.

One of the lead authors of the study, Ellie McNutt, PhD a colleague of Jeremy DeSilva, was kind enough to give this elucidaton to Subspeciest:

It’s unclear yet who is responsible for Laetoli A. There are several species sharing this moment in time with A. afarensis, including K. platyops. Others include A. deyiremeda, the wonderfully preserved Burtele foot, and quite possibly others still.

Unfortunately, we don’t yet have the fossil evidence to firmly tie Laetoli A to one of these options.

As Dr. McNutt notes, it is very possible that the footprints are from the very obscure and enigmatic Hominid species Australopithecus deyiremeda.

Note – Subspeciest will look into Australopithecus deyiremeda in a future article at this site.  Stay tuned…