“about 3% to 5% [Denisovan DNA] of Melanesians, Aboriginal Australians and around 6% in Papuans” — Saima Biag 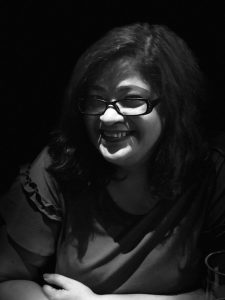 I am a Chartered Environmentalist with a demonstrated history of working in sustainable development and environmental services for 20 years. By education and training I am an environmental economist, skilled in policy analysis, strategic planning, training and awareness raising… I am also a content creator and write on science, history, nature, climate change, feminism, politics, human rights, liberalism and secularism. My science, history and nature digital magazine is 360onhistory.com.

As noted repeatedly at this website, Asians in general, tend to be more truthful and honest about human variation and differences among modern human subspecies.  They are unburdened by the restraints of political correctness. This includes Asians working in research fields in the UK and US.

For example, it was two geneticists from India working at the UCLA genetics lab, Arun Durvusala and Sriram Sankrararaman who released the blockbuster study two years ago, identifying up to 19% archaic ghost species DNA in Sub-Saharan Africans. (Our article citing Durvusala and Sankarararaman Dec. 2020)

Most recently, Dr. Shi Huang of the South China University has ruffled feathers by explicitly stating that Africans are most closely related to Chimpanzees and other Apes.  (Our article, Jan. 24).

“Clearly we have never been pure humans.  Much less pure races”

Now, in a podcast Jan. 11, Saima Baig strongly echoes the sentiments of multi-regionalism and separate origins. 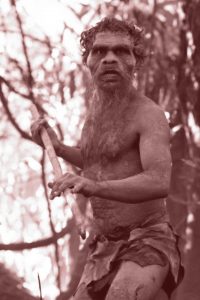 The genomes of all non-Africans contains Neanderthal DNA, ranging from 1% to 2%.  Denisovans seem to have contributed a higher share with about 3% to 5% of Melanesians, Aboriginal Australians and around 6% in Papuans.

Denisovans were more mobile [than Neanderthals] ranging from Siberia to southeast Asia.

Denisovans may have adapted to high altitudes.  And they may have passed on this adaptation to modern Tibetans. So, we not only lived side by side with both Neanderthals and Denisovans.  We also mated with them. They contributed to our existing gene pool.  And to our evolution.  They left their DNA in us.

Clearly, we have never been pure humans. Much less pure races. Can you imagine what else we will discover as more remains are found and more DNA analyzed?

In an article written in 2019 at Medium.com, Saima Baig enthusiastically promoted Multi-Regionalism, specifically the findings of Durvusala and Sankararaman,

there may have been three distinct species of Denisovans spread all over Eurasia (from Siberia to Indonesia) and our ancestors interbred with all three. This analysis was done on a new dataset of 161 genomes covering the Indonesia-New Guinea region (spanning 14 island groups) — an area that has been relatively understudied. It shows that modern Papuans carry hundreds of gene variants from two deeply divergent Denisovan lineages that separated over 350 thousand years ago.

Intriguingly she posits that the third Denisovan subspecies, may have interbred with Papuans “as early as 15,000 years ago.”

Note – See a fabulous chart by Saima Baig on the breakdown of Siberian, East Asian and Papuan Denisovan admixture at Medium.com.