30 years ago a joint Cameroon-Belgium team uncovered the remains of 4 children at the Shum Laka burial site in northwest Cameroon near the border of Nigeria.  There were two sets of skeletal remains, one dated 3,000 years ago and the other from 8,000 kya.  The DNA analyzed was obtained in the inner ear canal of the four. 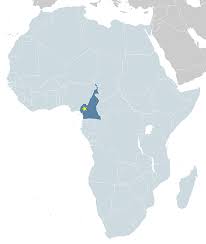 two-thirds of children’s DNA came from an ancient “basal” source in West Africa, including some from a “long lost ghost population of modern humans that we didn’t know about before,” says population geneticist David Reich of Harvard University, leader of the study.

They were found to be closely related to Baka and Aka tribes.

the Baka, Aka, and other Central African hunter-gatherers belong to one of the most ancient lineages of modern humans, with roots going back 250,000 years.

But results from the remains of one in the group were even more shocking.

an adolescent male – carried a rare Y chromosome haplogroup (A00) found almost nowhere outside western Cameroon today. A00 is best documented among the Mbo and Bangwa ethnic groups living not far from Shum Laka, and this is the first time it has been seen in ancient DNA. A00 is a deeply divergent haplogroup, having split from all other known human lineages about 300,000-200,000 years ago.

Y-DNA haplogroup A00 represents the oldest branch of human males in history and finding a divergent branch of A00 (or maybe even a more basal haplogroup) would allow a better determination of the age (currently @ 192,000 to 307,000 years old) and origins of A00.

The AOO haplogroup was first discovered in 2012.  It came from an unexpected source: A South Carolina man named Albert Perry.

Perry, recently deceased, was an African-American who lived in South Carolina. A few years ago, one of his female relatives submitted a sample of his DNA to a company called Family Tree DNA for genealogical analysis…

When Family Tree DNA’s technicians tried to place Perry on the Y-chromosome family tree, they just couldn’t. His Y chromosome was like no other so far analysed.

Perry’s Y chromosome lineage split from the rest of humanity long before our species appeared… Perry’s Y chromosome may have been inherited from an archaic human population that has since gone extinct. If that’s the case, then some time within the last 195,000 years, anatomically modern humans interbred with an ancient African human. [Emphasis added]

According to Michael Hammer, a geneticist at the University of Arizona in Tucson: 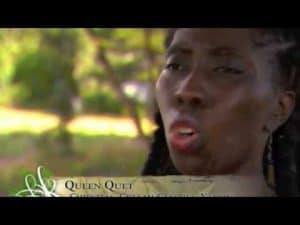 his Y chromosome was so distinct that his male lineage probably separated from all others about 338,000 years ago.

South Carolina has a centuries old African population on the coastal islands, the Gullah Geechee.  The Gullah were a rice growing people brought over as slaves from West Africa.  (See a fascinating short video on the Gulla by NatGeo 2014)

The only others identified so far of having AOO are in one tiny village in Cameroon.

Hammer’s team examined an African database of nearly 6000 Y chromosomes and found similarities between Perry’s and those in samples taken from 11 men, all living in one village in Cameroon. This may indicate where in Africa Perry’s ancestors hailed from.

[AOO Cameroon Research Project] the team helped identify Y-DNA haplogroup A00, which is the most basal Y-chromosome DNA haplogroup yet discovered — first in an African-American male from South Carolina, and then in tribesmen of western Cameroon… Perry’s mutation turned up in the genetic data of 11 Mbo males (out of a sample of 174) in Western Cameroon.

Back in 2013, New Scientist reported on another nearby site.

In 2011, researchers examined human fossils from a Nigerian site called Iwo Eleru. The fossils showed a strange mix of ancient and modern features, which also suggested interbreeding between modern and archaic humans. “The Cameroon village with an unusual genetic signature is right on the border with Nigeria, and Iwo Eleru is not too far away,” says Hammer.

London National Museum’s Chris Stringer was quoted at the time:

“The oldest known fossil humans in both West Africa at Iwo Eleru and Central Africa at Ishango [in Democratic Republic of the Congo] show unexpectedly archaic features, so it certainly looks like we have a more complex scenario for the evolution of modern humans in Africa.”

Given the new evidence, does AOO represent a rare haplo-type? Or, are the Cameroon villagers along with the deceased Albert Perry and possibly even living Gullah of South Carolina, descended from an entirely other hominin species?

Note – Video on West Africa DNA ghost lineage from at The Science Channel.