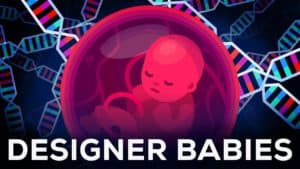 While we are debating whether even to employ and publish mass IQ testing data and while some more “ethical” countries want to or have already banned gene editing and CRISPR technologies, other countries, like both China and Russia, are forging ahead with constructive and groundbreaking research.

“A Russian scientist says he is planning to produce gene-edited babies, an act that would make him only the second person known to have done this…

Molecular biologist Denis Rebrikov has told Nature he is considering implanting gene-edited embryos into women, possibly before the end of the year if he can get approval by then. Chinese scientist He Jiankui prompted an international outcry when he announced last November that he had made the world’s first gene-edited babies—twin girls.”

Many are concerned about ethical considerations. Some worry that certain traits identified with specific ethnic groups will be selected for.

Today, the world is making huge advances in gene editing. In Japan and the United Kingdom, scientists have gained approval to edit human embryos. In the US, researchers have found the genes that make European skin white and African skin black. In Russia, biologists are working on human embryos that are HIV-resistant.

Alta Charo, a researcher in bioethics and law at the University of Wisconsin-Madison, says it’s “irresponsible to proceed with this protocol at this time.”

But none of the globalist agenda scientific researchers may be able to halt Rebrikov. Science waits for no man.

Watch an informative and non-biased video on Genetic Engineering of babies at YouTube.