Jennifer Doudna on the hot seat?

“This gene-splicing technique called CRISPR should worry you a lot, as this can lead to Gattaca-inspired designer babies.  This is the future of healthcare” — Lorraine Robertin, Germany, IG & Twitter celeb, (24k followers) 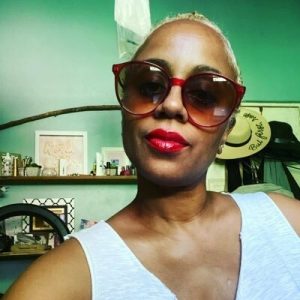 CRISPR has been receiving a great deal of news coverage in the last few weeks.    Scientists and medical researchers promoting the gene splicing technology have had two major successes.

Firstly, according to NPR, huge success has been achieved with fighting Sickle Cell Anemia with Afro-ethnic patients.  From Dec. 15,

1st Patients To Get CRISPR Gene-Editing Treatment Continue To Thrive

[Beverly] Gray is the first person in the United States to be successfully treated for a genetic disorder with the help of CRISPR, a revolutionary gene-editing technique that makes it much easier to make very precise changes in DNA.

Since the last time NPR checked in with Gray in June, she has continued to improve. Researchers have become increasingly confident that the approach is safe, working for her and will continue to work.

And just announced days ago, a fantastic success with gene splicing in monkey cells.  CRISPR researchers are now well on their way to finding a cure for HIV.

CRISPR Snips Simian HIV From of Monkeys’ Cells, Even From Viral Reservoir

Researchers have succeeded in using a CRISPR-based gene-editing mechanism to edit SIV, HIV’s simian cousin, out of the cells of monkeys that received an infusion of the treatment.

The treatment even targeted cells in the viral reservoir—the collection of SIV-infected cells that, because they are not replicating, remain under the radar of standard antiretroviral treatment, which works only on cells that are actively churning out new copies of virus.

The researchers stress it’s not a full cure, however, “their findings amount to a substantial advance in HIV cure field.”

The successful research has led Senior Biotech Specialist Brian Orelli of the Investor’s Site Motley Fool, to declare CRISPR companies a good investment. In a Dec. 12 interview, Orelli said of manufacture Bluebird, test results,  “It appears that it’s a cure for most patients.”

And this from Yahoo Finance, Dec. 10:

shares of CRISPR Therapeutics CRSP were flying even before the 4-day virtual gathering of scientists and physicians which took place December 2-5.

That’s because of clinical data abstracts released by CRSP and big partner Vertex VRTX on November 27 which caused the stock to vault above $110 and not look down again until $160.

Jennifer Doudna, long-identified as the “Mother of CRISPR” has just won the Nobel Prize for her gene splicing research. 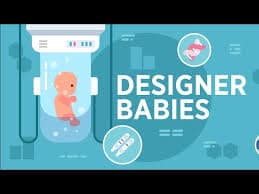 This year finally saw the Nobel prize for chemistry awarded to Emmanuelle Charpentier and Jennifer A Doudna for their discovery of the Crispr/Cas9 genome-editing technology. Crispr/Cas9 was originally a bacterial immune system, detecting and destroying specific genetic sequences transmitted by viruses infecting bacteria…

Crispr/Cas9 could be repurposed to precisely home in on any location in the genome of almost any organism, specifically cutting and modifying the genome for an increasingly diverse range of applications. The versatility and ease of use of this technology made it possible to genetically engineer organisms…

On November 27, Dr. Doudna appeared on CNN’s GPS with Fareed Zakaria.  The CNN host put her on the spot.  2 minutes in:

“And when we talk about genetics, there are other things linked to genetics, being blue-eyed, being tall.  Can you imagine CRISPR being use to kind of create a baby, [stutter] human that one wants?”

Doudna to her credit, did not deflect or sidestep the issue.  Continuing:

“Well, this has been a big topic with gene editing and with CRISPR in particular. Because of that potential.  So, in the last 5 years there’s been an active international partnership to ensure responsible use of genome-editing including in-human embryos.  And right now certainly the United States it’s not allowed…”

“It is.” [nods her head in agreement]