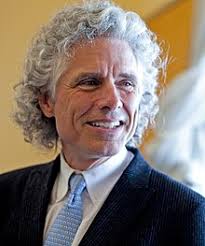 J.F. Gariepy of Alt-Right and Epstein?

The headline at Fox News this morning,

Epstein bankrolled Harvard, scientists to bioengineer his own human race

“Jeffrey Epstein, the disgraced financier, who is accused of child sex trafficking, sought to breed his own human race as funded by Harvard-trained and various upper echelon scientists to realize this dream… Epstein manipulated his wealthy and educated connections to engage his fascination with genetic engineering and transhumanism, or the science of improving the population through genetic modification and artificial intelligence.”

Tesler also reports that Epstein funded Cyrogenics efforts and wanted to freeze his own penis for the future.

Of particular interest to readers of Subspecieist.com: 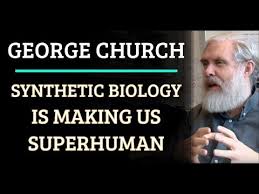 He had allegedly revealed his ‘superior race’ plans to a a wide array of people beginning in the early 2000s.”

“Epstein allegedly criticized efforts to abolish hunger and reform health care. because of the risk of overpopulation. When Pinker protested the bioethics of this, Epstein dismissed him entirely from his inner circle.”

In full disclosure, J.F. Gariepy, whose views many times intersect with the views presented here at Subspecieist.com received a one-time donation from Epstein two years ago.  In an episode of his YouTube show Public Space just two weeks ago, Gariepy chuckled about the affair:

“I announce that Jeff Epstein has once contributed to the start of my YouTube channel, with a $25,000 check. Since then my YouTube channel has taken a kind of different direction. And people were scandalized, [saying] J.F. was an agent of a Jewish millionaire rapist.”

“Now, it’s not that I give a shit about this guy. OK, he got arrested after and the fact that he donated to my channel at the very beginning of my YouTube career does not influence me. I’m not trying to find Jeff Epstein innocent in what he’s been accused of. “

“I may never have talked about it, but Jeff Epstein had given $25,000 to my foundation in the U.S. when I started my YouTube career. As a Jewish millionaire, I think he didn’t expect my channel to turn the way it did.”

JF Gariepy admits that he communicated directly with Jeffrey Epstein via email to setup $25,000 donation. He also admits that he knew about Epstein's pedophile issues when he solicited the $.

Why is he getting a pass from some people? These facts came directly out of his mouth.

Editor’s note – We report the good and bad here at Subspeciest.com as it relates to race realism, diversity genetics, and human varation.  In some respects, good for Stephen Pinker in rejecting Epstein.  As for J.F., whom we consider to be a friend of this site, it is notable his humorous, non-serious attitude about the bizarre affair.