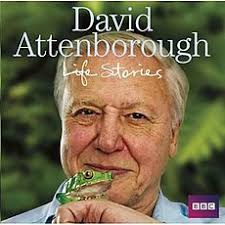 The Life series narrated by Richard Attenborough is regarded as the most successful BBC documentary ever produced. It was responsible for record profits for the government-owned network in 2009/10.

Wikipedia describes the 2009 series as:

[taking] a global view of the specialised strategies and extreme behaviour that living things have developed in order to survive; what Charles Darwin termed “the struggle for existence”

In 2017 on her personal blog, Oprah wrote the following:

I started doing voice tracks several months ago for Life, the new Discovery series premiering in March 2010. Featuring the mating rituals of the humpback whale, the dramatic rescue of a baby elephant by her grandmother, and an eye-popping array of birds, insects, and reptiles from all over the world—some of them captured for the first time, all on state-of-the-art HD film—Life lives up to its name. It’s an all-encompassing, glorious, and sometimes terrifying exposé of how we all cohabit, thrive, and survive here on our beautiful planet.

On May 11, the Century for Inquiry in the UK hosted an awards event to present comedian and self-professed atheist activist Ricky Gervais with the annual Richard Dawkins award.

The Richard Dawkins Award has been presented annually since 2003. Past winners have included philosopher and cognitive scientist Daniel Dennett, activist and feminist Ayaan Hirsi Ali, and actor and writer Stephen Fry.

The event was moderated by best-selling author and professor of psychology, Richard Wiseman.  Both Dawkins and Gervais appeared on stage for and hour and a half discussing a wide range of topics, including Darwinian evolution. 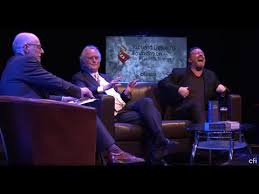 At the 55 minute mark the conversation turned to Gervais giving the rights for syndication of his wildly successful series The Office to an American firm.  Gervais went into detail as to how he made 10 times more $$ from American syndication as he ever did with the British series.

Is it true when it was sold to America, they got a different cast… why didn’t they just take your version?

The US office was getting like 10 million a week… It’s a different beast… I look at it like I sold my DNA.  But it’s not my kid…