Nury Martinez once Tweeted out that Donald Trump was a racist who hated immigrants.

Martinez, a Democrat, became the first ever Latina President of the Los Angeles City Council in 2019.  She was celebrated by the national media as a rising star politician and advocate for immigrant rights.  She was lauded by her constituents, and hoisted up by local labor unions.  Now she faces a virtual lynch mob demanding her resignation.

At issue, a common slur used in the Spanish language comparing little black boys and girls to monkeys.  Martinez and two other Latino Democrat Los Angeles council members were having an intense but private discussion on redistricting last year.  There was a fourth participant, a lobbyist.  Someone in the room was recording the private meeting.

As KTLA Channel 5 explains the Councilwoman was speaking with her two colleagues Gil Cedillo and Kevin de León, about another councilman Mike Bonin.

Bonin, who is white, has an adopted son who is Black. In the leaked audio, Martinez can be heard describing Bonin’s son as “ese changuito,” or that little monkey, according to the Times. At one point, Martinez also refers to Bonin as a “little bitch.”

Note – Bonin is a homosexual.

The comments were made during a discussion regarding Bonin and his son participating in a Martin Luther King Jr. parade several years ago. Bonin and his son were on a float with other members of the Los Angeles political scene, and Martinez apparently was dissatisfied with the boy’s behavior, saying he nearly tipped the float over. She can also be heard accusing Bonin of raising the child like a “little white kid.” 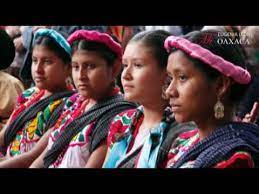 Once again, Trump’s racist policies against immigrants, people of Color and the Constitution comes to light — we’ll see him in court again, where he’s not doing so well as of late.

Axios reports that the negative comments were not just directed at Afro-ethnics.  Martinez can be heard slamming immigrants from southern Mexico.

Martinez also is heard making fun of Indigenous people from the Mexican state of Oaxaca, who have migrated to Los Angeles. She referred to them as “short little dark people” and called them “ugly.”

“Fuck that guy [Gascón], he’s with the blacks”

The recording contains further juicy tidbits, including a comment from Martinez critical of Los Angeles District Attorney George Gascón: “Fuck that guy, he’s with the Blacks.”

Gascón was facing a recall for soft on crime and no bail reform measures.  But the signatures collected did not meet the requirements.  The LA Times reported in August, “George Gascón recall failed, but had a chance of winning,” nothing a poll taken showing 39% undecided on the issue.

Calls for her resignation increasing by the hour…

Councilwoman Martinez has since issued a statement: 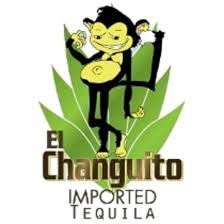 “The context of this conversation was concern over the redistricting process and concern about the potential negative impact it might have on communities on color. My work speaks for itself. I’ve worked hard to lead this city through its most difficult time.”

So far, four Los Angeles City Council members have called on Martinez and her two colleagues to resign.

From the LA Times:

“Racist, homophobic, and deeply cruel statements like these are disqualifying for elected office in L.A.,” [Nithya] Raman said on Twitter. “The people who made them should resign. If they don’t, I’ll vote to remove them from council leadership at the first opportunity.”

There is little information as to the origin of the recording or who exactly leaked it.

Although there is no information on who recorded the audio, it was leaked by a Reddit user, who has since been suspended from the platform. At the time of uploading, the user wrote along with the audio… “when you actually hear it, it’s unbelievable…”

Ironically, Reddit is a forum popular with Donald Trump supporters.

About two dozen protesters descended on the home of councilwoman Martinez late yesterday.  With bullhorns and signs they were calling for her to resign.

Los Angeles city council president Nury Matinez (@CD6Nury) & two other Latino council members were revealed to have made racist comments against blacks in leaked audio. Nury, who is a #BLM advocate, said a black child was “like a monkey” in Spanish.