Geoff Diehl, Republican for Massachusetts Governor, reluctantly agrees to speak out against anti-whiteism

Geoff Diehl relents when pressed by young MA voter asking about white rights.  Not comfortable with the line of questioning

Back in May two Democrat Congressmen appeared on an NPR program.  They were taking tentative steps to broaden the Democrat Party’s appeal to white voters.

Excerpt from our article, May 3, here at Subspecieist, 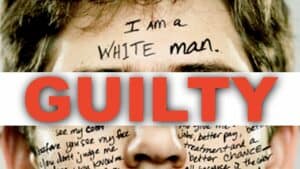 Ro Khanna is the Democrat Representative for District 17 in California.  He represents the East Bay area of northern California…Rep. Khanna was interviewed by NPR on April 28 along with his fellow far left Congressman Jamie Raskin of Maryland…

NPR: this includes coalition-building, sharing a more optimistic message with voters and less preaching. Democrats should also reclaim issues of patriotism, stay out of the political correctness business and improve their dialogue on racial divisions…

Khanna also argues Democrats need to talk about race more candidly… address Republican attacks on critical race theory by addressing parents’ fears that their children are being taught to be embarrassed to be white and American.

“That’s really what that’s about. Now, I think we ought to say very clearly, ‘Look, some of our greatest leaders were white,’” Khanna said.

Now a Republican politician is taking a similar pro-white stance, albeit tentatively, in the high profile race for Governor of Massachusetts.

“[On antiwhiteism] hold their feet to the fire and make them afraid to not represent us!” — Yizz

Geoff Diehl (bio) has served in the Massachusetts House since 2011, representing Plymouth on the south shore.  A small business owner, Rep. Diehl serves on the powerful House Ways and Means Committee on Beacon Hill.

In April, Diehl won a relatively close race – 55 to 45% – with moderate GOPer Chris Doughy to gain the Republican nomination for Governor.  Diehl was the Trump-backed candidate and campaigned on relatively hard-right issues.

Back in the Spring Diehl got into a bit of a roe when he asserted that his own daughter had been white guilted at her high school.  The controversy was covered by major MA media including the Boston Globe, and MassLive.com, May 23,

Diehl, a Whitman Republican endorsed by former President Donald Trump, zeroed in on racism and sexuality as key causes for concern in public schools. To Diehl’s dismay, his daughter, a sophomore in high school, needed to sign a pledge acknowledging her white privilege.

“My wife and I have done our best to try to get racism out of our household,” Diehl said. “It is the schools that are introducing and trying to tell my daughter she’s got racist problems. I don’t think it’s appropriate for schools to be trying to introduce racism in the classroom.”

But other media asserted the incident never happened.

Diehl claimed school students were being taught “inappropriate” lessons. When asked for an example, he claimed his daughter, a sophomore at Whitman Hanson Regional High School in the town of Hanson, was made to sign a pledge acknowledging her white privilege.

It’s with his previous stated stances against anti-whiteism in mind, that a young fan of the No White Guilt show on YouTube, decided to test Diehl’s commitment on the issue.  He recorded a brief exchange with Diehl.  Edited Transcript for YouTube and Twitter via Westmen Media:

Clips: Will you be speaking out against anti-whiteism as Governor?

Diehl: Uhh, I’m not sure what that question is.

Clips: We are being victimized on the basis of our race.  It is undeniable.

Diehl: I think we all agree on equality. Uhh, equality for everyone.  Obviously.

Clips: Mr. Diehl do you care about white people?

Diehl: It’s been nice talking to you. This line of questioning, it’s a little inappropriate.

“So, I asked him if he’s going to do anything about anti-whiteism as governor…” — Clips

Clips was a guest on the Jason Kohne show September 18, No White Guilt on YouTube. He gave further details on the encounter: 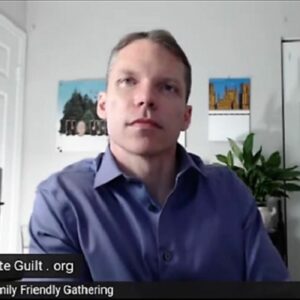 I made my way over to the back with the cameraman…  maybe because I was wearing a tie and a suit, a man approached me and asked me if I was a member of the campaign or the press.  Oh, no I’m just a supporter and so was he.  So we got to talking about politics, a good while, about 20 minutes…  I looked over and it was Geoff Diehl, so I go, okay, well, I’m going to go take a picture with Geoff… so I made my way over to Geoff Diehl…

When I looked up he had just passed me and was exiting the dining area…  [missed first opportunity to talk with him]. 10 minutes later Geoff comes out with a beer in one hand and a pizza slice in the other.  And fortunately made his way to the corner where I was standing.

I flipped the camera out.  Hit record, and uh, you saw the rest.

There were a lot of volunteers for his campaign, families, good mix of young people and old… probably 80 people.

I started talking to him.  He was confused.  He must have thought I was going to take a picture of him.  He said, can you start the video again.  Yeah, sure.  So, I asked him, are you going to speak out against anti-whiteism as governor.

[Asks Geoff Diehl if he is going to oppose anti-whiteism]

So, he tried to deflect.  Said, I’m not quite sure what your question is… I defined anti-whiteism for him. I said, you know, like affirmative action policies that discriminate against whites.  Will you speak out against that.  And then he, umm, this is when the woman interjected and started asking me why would I ask that… and Geoff used that as an excuse to run away.

“He said his daughter was being taught, like, white privilege in school.  [I asked him] Will you speak out against that.  And he half-heartedly went yeah.” — Clips

Clips explains how a woman, a campaign supporter, was there with the two of them, and how she kept interrupting. 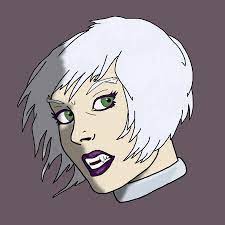 Clips: That’s why I had to edit the video so choppily. She kept interrupting… get this woman away, and continued questioning with Geoff.

Before I started recording in this conversation we were having, he said his daughter was being taught, like, white privilege in school.  And so I brought that up. Well, a moment ago you were speaking about your daughter being white guilted in school. Will you speak out against that?  And he half-heartedly went yeah.

Yizz is an activist in the white well-being movement, and a close ally of Jason Kohne.  You can hear her participating in Jason’s shows sometimes as a guest, other times as a commenter.  She was kind enough to provide Subspeiciest with a comment on the incident.

Thanks to Clips’ great work, we have evidence of the cowardice Republicans have when faced with merely speaking about white people as a group, let alone addressing antiwhitism. We need to see more brave young men doing exactly this! Hold their feet to the fire and make them afraid to not represent us!

Note – You can view Yizz’s YouTube channel here.  Her videos include inspiring walks on the mountain backroads through her homeland in the Appalachians.

Also note a humorous video, (photo up top), from 2015 on White Guilt from Deep Dive at YouTube.