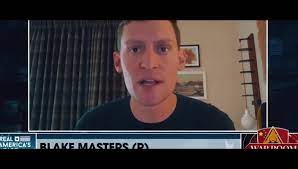 Blake Masters race with Mark Kelly is getting heated, even entering some unexpected territory.

This story first broke on September 10, 2020 when Senator Kelly was running against then incumbent Republican Senator Martha McSally.  And now the issue has come up again in the 2022 race against libertarian-conservative GOP nominee Blake Masters.

From The Hill, September 19,

The polling comes roughly 50 days out from the November midterms, and the Arizona Senate race is considered critical for determining which party controls the upper chamber. The nonpartisan Cook Political Report rates the Senate race as ”toss up.”

From the original 2020 story in Arizona’s number one newspaper, The Arizona Republic, 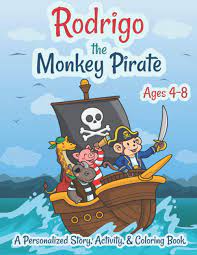 Democratic Senate candidate Mark Kelly apologized on Thursday for an offensive comment he made two years ago while joking about the physiological changes his twin brother experienced after spending a year in space.

Kelly, a retired NASA astronaut, made the remarks during an appearance before the Boy Scouts of America, Northern New Jersey Council.

A video was shot of the event back in 2018.  When Kelly first ran for Senate in 2020, a Democrat primary opponent briefly brought the subject up, but it did not gain traction.

This is what Kelly said:

I think the word hasn’t gotten out how bad it is for him [his brother]. You know, it’s gotten so bad, that we recently had to release him back into the wild

He’s like halfway between an Orangutan and a Howler Monkey. We’ve even changed his name to Rodrigo. He lives in the woods. He lives in Eagle Rock Reservation (forest reserve in New Jersey).

His remarks garnered what could be described as nervous laughter by the crowd.

It is unclear where Kelly got the name Rodrigo from.  But Rodrigo (bio) is of course, a famous footballer from Spain.  He was born and raised in Rio de Janeiro, Brazil and has African/Caribbean features.

Additionally, Rodrigo y Gabriela are a well-known flamenco guitar duo whose music has been featured in Pirates of the Caribbean.  See Disney Music.

Moses Sanchez, who is an immigrant from Panama, is the one who originally posted the video.  At the time he had this to say: 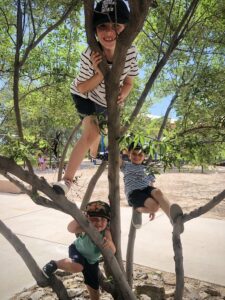 Shameful video of Mark Kelly making a racist joke to an all-white crowd. He must think people named Rodrigo look like monkeys. Time to move past this type of racism & time for the media to scrutinize Mark Kelly more thoroughly like they would a Republican.

After Posobiec Tweeted out the Sanchez Tweet from 2020, reaction condemning Kelly’s remarks were swift.

Is @SenMarkKelly racist? In a conversation about DNA changes in space travel, he said: “It’s gotten so bad that we recently had to release him back into the wild. He’s like halfway between an orangutan and a howler monkey. We even changed his name to Rodrigo.” — Donald Teel
Ok so it looks like we have not one, but two racists running for AZ offices. Katie Hobbs, a twice-convicted racist with one of them being her firing a black staffer on her team, running for AZ Governor, and Mark Kelly, who compared Hispanics to Monkeys, running for AZ US Senate. — Conservative Josh

At the height of the media attention, Sept. 24, Republican Senate candidate Blake Masters sent out a simple Tweet – a photo of his three sons climbing around in a tree.  Caption read “Campaign volunteers.”

How long before your opponent, Mark Kelly, compares your kids to orangutans and howler monkeys the way he did to Hispanics two years ago? — Slap Happy Sister
Richard Baris is a well-known right-leaning pollster.  He had this to say:

Real talk, folks. If @bgmasters compared Hispanics to monkeys like Mark Kelly, his campaign would be over. No apology accepted.