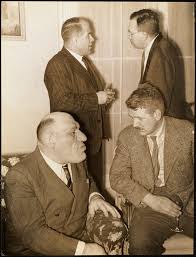 In a two-part series “Is Race Biological or a Social Construct,” released April 24, YouTube Dominican sensation Xtina addressed the increasing popularity of race realism.  “Damn it man, I just see so much foolery on line… I feel I have to speak on it… especially when I see some of my fellow Dominicans, kind of pushing this BS, that I see on-line or agreeing with it… there are just certain things I don’t want Dominicans thinking.  So I decided to do this video in 2 parts.”

“I’ll be speaking on Race Realism.  It’s just another fancy way of Racism, but they use science to back it up.”

Xtina explains how Race Realism was popular in the 18th and 19th centuries and criticized anthropologists of that era.  (Photo – Carleton Coon)

“Basically, these people believe there is a biological link between race and certain characteristics.  But most importantly intelligence.  This is what people call scientific racism.  So, they believe that disparities in um, social outcomes, life expectancy, educational attainment, wealth, ect… are directly related to race.”

“So, yes, there are certain characteristics that are native to certain parts of the world. And genes certainly reflect that… again, it’s more geographical variations.” Xtina continues, “the white people, they have that Neanderthal DNA.”

Xtina attacks white nationalists and then goes on to say (10 minute mark):

“Because at the end of the day, I don’t care what some simple white person has to say…”

The video has 163 views.  Her YouTube channel VivaBella by Xtina.