2010 was a pivotal year in Evolutionary Science.  It was the year a team led by Svante Paabo confirmed Neanderthal DNA in sub-populations of modern humans.

As Josie Glausiusz at Sapiens.org tells the story, from a week ago: 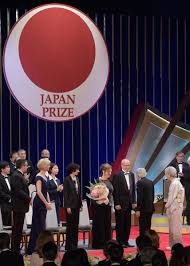 A team led by evolutionary geneticist Svante Pääbo of the Max Planck Institute for Evolutionary Anthropology in Leipzig, Germany, extracted bits of DNA from Neanderthal fossils and published an early version of the Neanderthal genome.

By comparing portions of the Neanderthal genome with the genomes of five modern-day humans—from Southern Africa, West Africa, Papua New Guinea, China, and France—they found that Neanderthals share more genetic snippets with humans in Europe and Asia today than with people living presently in much of sub-Saharan Africa.

He has also uncovered the existence of a previously unknown human species, called the Denisovans, from DNA extracted from a finger bone found in a cave in Siberia…

His results provided a shock for both researchers and the public. When he compared his newly created Neanderthal genome with those of modern humans, he found a small but significant overlap in many of them. About 2% of Neanderthal genes could be found in people of European, Asian and far eastern origin. People from Africa had no Neanderthal genes, however. “This was not a technical error of some sort,” Pääbo insists. “Neanderthals had contributed DNA to people living today. It was amazingly cool. Neanderthals were not totally extinct.” [Emphasis added]

Now he has been awarded the prestigious Japan Prize for Scientific Discovery. 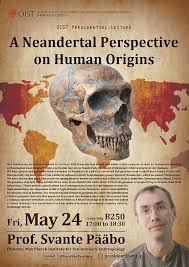 The prize will go to Svante Paabo for his work on decoding the genome sequence of Neanderthals and Robert Gallager for the development of error correction codes used in 5G technology.

Paabo, a 64-year old Swedish paleoanthropologist with the Max Planck Institute for Evolutionary Anthropology in Germany, pioneered the application of DNA analysis for ancient bones.

He discovered that there was interbreeding between Neanderthals and the ancestors of modern humans.

Pääbo has been a fellow traveler with race realism and human biodiversity.  Most notably, at a UC-San Diego Carta series lecture in 2018, he acknowledged archaic admixture in modern Africans.

From our site, Subspecieism Defined:

Svante Pääbo on a possible archaic mix: “I think there’s good reason to think that they mixed with other forms inside of Africa.  There’s some indications of that in the genomes of present day Africans.” (UCTV 2018).

Though, Pääbo often rejects hard classifications.  He prefers to emphasize population differences based on geography.

From the Scientific American, 2016:

Pääbo said geography might be a better substitute [for race] in regions such as Europe to define “populations” from a genetic perspective.