According to Deutsch Welle, Sept. 10,

This has prompted a top group of Anthropologists to attack the man, known as the “German Darwin.”  Haeckel is perhaps best know for spectacular illustrations of animals, plants and sea creatures. The Germans held an anniversary conference in early September, titled “Jena, Haeckel, and the question of human races, or how racism creates races.”

The hierarchical categorization of groups of people based on their biological traits — for example, eye color, skin color, or skull shape —  infers evolutionary relationships between species, which scientists in Jena now call a form of racism.

The Jena Declaration, composed by Martin S. Fischer, Uwe Hossfeld and Johannes Krause of the Friedrich Schiller University Jena, and Stefan Richter from the University of Rostock, was presented at the 112th annual meeting of the German Zoological Society in Jena…

Diana Klausner at Gab, a native German from the Northeast US, explains to Subspecieist.com: 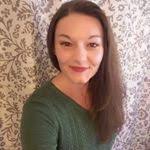 “The Germans are regressing to the level of their immigrants and all due to the nonsense racism discussions and the “fight against the right”. They are trying to uphold their status quo, while losing their traditions, giving up their religious practices and allowing low (IQ) quality migrants to live off their accomplishments. These people are robbing the system silly – it will backfire, most migrants will not add any value to the economy or the well-being of the society! It will at best enslave Germans!” 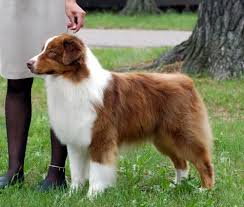 “With domestic animals, a geographical classification does not apply. There is no proto-dachshund from Gibralter which, at some point, migrated further to the north.”  [Emphasis added].

Editor’s note – Johannes Krause is a favorite of this site.  Krause was the very guy who confirmed Neanderthal DNA in the lab in Leipzig, Germany in 2010 while working for Svante Paabo. Needless to say it is very disheartening to learn he has signed on to such silliness.