As we continue to learn about Neanderthals, we discover they actually initiated many “technologies” like creating twine/ropes, and clothing.  We now know they were expert swimmers, dived and fished.  They had a well-ordered society, had rituals, early religions, jewelry, art and even buried their dead.

We’ve known for over a decade that Neanderthals had slightly larger skull capacities than us Homo sapiens.  In 2018 a research study led by Tony Capra, an evolutionary geneticist at Vanderbilt University in Nashville, Tennessee. found that modern humans with a significant percentage of Neanderthal DNA have a slightly different shaped skull.  This might affect cognitive abilities.

How Neanderthal DNA might have shaped some human brains 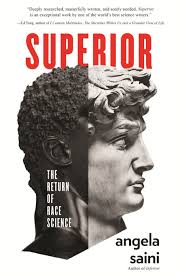 Gene variants acquired through interbreeding seem to give some people with European ancestry more elongated brains… People with a Neanderthal variant near a gene called PHLPP1, which is involved in building the fatty sheaths that insulate nerves, have greater expression of that gene in their cerebellums.

Ancestral Europeans have the very highest percentages of Neanderthal DNA of all modern humans. As British sociologist and author Angela Saini explained, Pop Science, May 2019:

Europeans are actually likely to have the most drops of Neanderthal blood… In January 2014 an international team of leading archaeologists, geneticists, and anthropologists confirmed that humans outside Africa had bred with Neanderthals. Those of European and Asian ancestry have a very small but tangible presence of this now-extinct human in our lineage, up to around 4 percent of our DNA. [Emphasis added]

Many geneticists and anthropologists believe the percentage is even higher.  As we note here at Subspecieist.com: Spencer Wells once put the percentage at 5%; British Archaeologist Peter Frost believes “a bit higher” than 1 to 4%; and Univ. of Edinburgh geneticist Konrad Lohse suggests as high as 7.4%.

Of particular note, Huw Goucutt archaeologist with the Max Planck Institute in Leipzig, Germany, a close associate of Svante Paabo  suggests archaic introgression to be “4 to 6%.”  Like Chris Stringer, Goucutt is especially active on Twitter remarking sometimes controversially, on every latest find.

Now a study has been published in Scientific Reports of a tiny fragment of rope or cord discovered in  Abri du Maras cave in France.  It was found underneath a stone tool confirmed to have been manufactured by Neanderthals, some 50,000 years ago.  Bruce Hardy (photo) of Kenyon College in Ohio is the team leader for the study.

The BBC describes the importance of the find, April 12:

It implies that Neanderthals understood concepts like pairs, sets and numbers.

Twisted fibres provide the basis for clothes, bags, nets and even boats.

Neanderthals – whose species died out about 40,000 years ago – are already known to have made birch bark tar, art and shell beads.

Microscopic analysis showed that the fibres had been intertwined to create a three-ply cord, a feat that the authors believe would have required Neanderthals to have an understanding of basic mathematical concepts… The authors wrote in their paper: “Understanding and use of twisted fibres implies the use of complex multi-component technology as well as a mathematical understanding of pairs, sets, and numbers.

Hardy, a French speaker, is a professor of anthropology at Kenyon College in Ohio.  One of the courses he teaches ANTH 150, boasts of busting “pseudoscience narratives” like Atlantis, Sasquatch and Space Aliens and Swamp Apes.

he has worked extensively on the Paleolithic of Europe and Africa, particularly with early hominids and Neandertals. Recently, his research has focused on combating the negative stereotypes of Neanderthals.